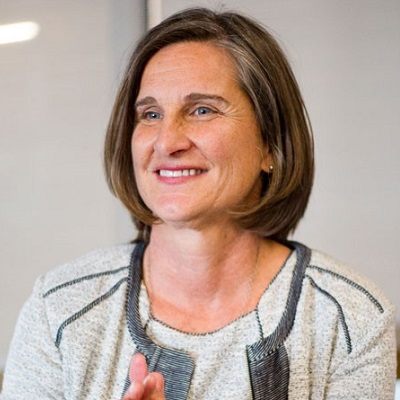 Also, she has not introduced anybody as her husband, boyfriend, or lover.

Who is Sally Russell?

American Sally Russell is a politician. She is renowned as the mayor of the Bend City of Oregon.

Last, she was serving as a member of the city council.

Sally Russell was born in the United States. She is of mixed (Scottish, Irish, and British) ethnicity.

Till the date, she has not shared any details on her birthdate, mother, father, and siblings.

Talking about her educational background, she earned a bachelor’s degree from Smith College with Honors in Arts. After that, she joined the Portland State University.

From the university, she received a master’s degree in Business Administration with a major in marketing.

Sally Russell started her career as an executive director of the Cascade Festival of Music. After that, she became the director of Marketing for the Broken Top Limited Partnership.

Apart from her career in marketing, she is active in social service since 1984. To make the city’s society better, she has volunteered several community-based projects including Bend Metropolitan Planning Organization, Oregon Outdoor Recreation Initiative Leadership Team, and Governor’s Wildfire Response Council.

Also, she has founded the Deschutes County Committee on Recreation Assets and ODOT Transportation Growth Management Commission. Apart from that, she has also served as the City Council of Bend since November 2012. Before that, she used to be a member of the Bend Planning Commission.

In January 2019, she was elected as the mayor of the city.

Sally Russell has blue eyes with brunette hair. She has a decent height and weight. However, details on her body stats are not available.

Till the date, she has managed to maintain her profile as a politician. As of now, she has not involved in any sort of controversy and scandals that created a buzz in the media.

Apart from that, she has managed to maintain distance from any type of rumors too.

Sally is active on Twitter with the handle @SallyForBend with over 703 followers. Also, she has over 1.2k followers on Facebook.

You may also read the bio of Jim Gray, Angela Akins, and Marc Mezvinsky.