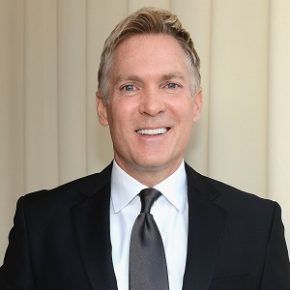 My hope is that anyone who is in love, has been in love, understands love, will be a person who will stand up and say everyone deserves to feel that

The polar bear for many has become a living symbol of the dangers of global warming. The powerful kings of the arctic are finding their habitat shrinking

When I was doing local weather full time, I would wake up in the morning or stay up all night to make sure the snowflakes started at the time that I said they would.

Who is Sam Champion married to?

They got engaged on the 5th of October 2012. Two months later on the 21st of December, they announced that they got married.

This proves that he is gay.

Till now, their relationship is going very strong and there are very fewer chances of a divorce occurring in their lives.

Who is Sam Champion?

Sam Champion is an American weather anchor and television show host, best known for his work on Good Morning America.

Sam Champion is also known for being the co-anchor of the show, AMHQ: America’s Morning Headquarters.

While talking about his childhood he was born Samuel James Champion to parents Sylvia Champion and James H. Champion.

He has one sibling, a sister Teresa. His father James H. Champion was a lieutenant colonel and he served in the U.S. Marine Corps in Vietnam.

At the end of 2010, James died an unfortunate death. Sam is of Caucasian ethnicity and holds an American nationality.

Furthermore, there are not many details regarding his early life and childhood history.

Regarding his education, he received his formal education from Fairfax High School.

He was also able to complete his high school graduation from there and he graduated in 1979.

He then joined Eastern Kentucky University and he earned his Bachelor of Arts degree in broadcast news.

Sam Champion began his career at WPSD-TV. After working there for a few years, he joined WJKS, and then finally in 1988 he began serving WABC-TV as a weather forecaster.

He was a weather forecaster for the show, Eyewitness News.

After serving WABC-TV for more than a decade, he finally joined ABC News at the end of 2006.

He began serving them as the presenter of the show, Good Morning America.

His work, for which he is well-known, is definitely going to be this TV show which has helped him reach new heights of success.

He has also appeared several times in another very popular show called NBC Today which is broadcasted on NBC.

In September 2015, it was revealed that Champion would leave AMHQ to serve as a contributor to its primetime programs.

In December 2016, Champion and The Weather Channel decided not to renew their contract.

Rumors started to fuel up about Sam leaving ABC.

Some said ABC fired Sam while others stated that Sam had a fight with some college and his ABC friends betrayed him.

Others had other things to say about Sam.

There is no evidence substantiating any of these rumors. But he left ABC News.

He has a Regular blond hair color. His eye color is blue.