Sam Delich at present is possibly a single man. He has not shared the details regarding his affair or girlfriend yet. 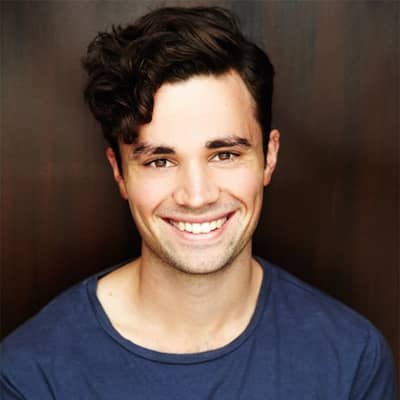 Who is Sam Delich?

Sam Delich is an actor and model of Australian nationality. Sam Delich is popular for featuring in The Marshes, Mr. Inbetween (TV Series), Back to Earth (Short), etc.

Recently, he was seen in the movie Spiderhead playing the role of Jeffery in 2022. This science-fiction thriller film featured stars like Chris Hemsworth, Miles Teller, Jurnee Smollett, and more.

The project is about testing the effects of emotion-altering drugs among the prisoners of the state.

Spiderhead is directed by Joseph Kosinski and this film is inspired by the short story “Escape From Spiderhead” written by George Saunders.

His birthdate is not made public but he was born in Australia as Samuel Delich. The name of his mother and his father’s identity is also hidden.

Further, his ancestry is a mix of Croatian & Dutch, and as to his academics, he graduated from the Western Australian Academy Of Performing Arts(WAAPA).

Sam Delich after passing out from WAAPA started stage works. Then he debuted with Profile (Short) in 2013 where he played the role of Joel.

His other short screen projects are,

The star cast of the short movie Respect the Kink as Joseph, Sam is keeping himself away from scandals as well as rumors.

Sam Delich has an average height is 5 ft 10 inches and his body weight is average. Adding some more, he has light brown eyes with dark brown-colored hair.

Sam Delich is available on a few social sites and with a few fans. On Instagram, he has around 841 followers.

On 13 June 2022, he posted pictures from the premiere of his latest movie Spiderhead which was loved by his fans.