Sam Elliott is an Emmy-nominated actor who was starred in Marvel Comics. Sam is married to Katharine Ross, an actress. Together, they have a daughter. 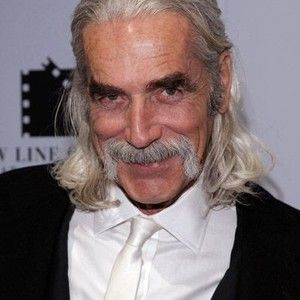 I think anytime you can affect people in general, in a positive way, then you're a lucky individual.

The opportunity, number one, to work with Ang Lee is an amazing thing for me.

Sam is married to the actress and co-star, Katharine Ross since 1st May 1984. They are parents to their daughter, Cleo Rose Elliott born on 17th September 1984. Cleo is a musician.

Sam and Katharine met in the year 1978 on the sets of the movies, The Legacy, and soon the couple started dating.

Sam is the fifth husband of Katharine. She was previously wed to Joel Fabiani, John Marion, Conrad Hall, and Gaetano Lisi.

Who is Sam Elliott?

Sam Elliott is an American movie actor best known for his thick mustache, deep and resonant voice as well as for his frequent appearances in western films as cowboys and ranchers.

Sam Elliott was born Samuel Pack Elliott on August 9, 1944, in Sacramento, California, the USA to Henry Nelson Elliott and Glynn Mamie Sparks. He is 77 years old.

Sam is of mixed ancestry(English, Scottish, Scots-Irish/Northern Irish, Swiss, and Dutch). His mother Glynn was a physical training instructor and his father Henry worked for the Department of the Interior.

He has an elder sister, Glenda. His family migrated along with his family to Portland, Oregon during his teenage years.

During his childhood, he and his family usually went across the bridge to Juárez in El Paso.

On talking about his career, he started as a stage performer before entering movies in his profession. He earned his first television credit in 1969 in the episode, “The Crystal Maze” as Dan Kenyon in Judd for the Defense. The two actors Sam Elliott and  Tom Selleck were on-screen brothers in the popular adaptation of Louis L’amour The Sacketts in 1979.

He acted as a card player in his first movie Butch Cassidy and the Sundance Kid (1969). Elliott played in the television season as Doug Robert for 13 episodes in the hit series Mission: Impossible from 1970 to 1971.

He took the lead in Once an Eagle, an NBC miniseries as Sam Damon in 1976-77. Elliott came back with his supporting role in Mask (1985). He starred in the TV movie Gone to Texas in 1986 which is based on a biography of Sam Houston. Elliott joined the comic book adaptation Ghost Rider in 2007 and played the character, Carter Slade.

He played on the Eagleton equivalent of Ron Swanson Parks and Recreation as Ron Dunn and Libertarian personality three times.

Elliott tried voice-overs to bring back his deep, Coors beer, rich voice, and “western” appeal to the brand brewed in Colorado since late 2007.

Sam was nominated for Primetime Emmy for “Outstanding Supporting Actor and “Golden Globe for Best Supporting Actor” respectively for his outstanding and special role as Wild Bill Hickok in the TV film “Buffalo Girls” in 1995.

The film named “Up in the Air” (2009) where he played a lead role was nominated for the Critics’ Choice Award for Best Acting Ensemble.

Elliott has an estimated net worth of $10 million according to the sources. He also earns from various brand endorsements, guest appearances.

There are no records available at the current time regarding his rumors and controversy.

Sam is 6 feet 1 inch tall and weighs 88 kg. He has got a slim body with brown color eyes and grey color hairs. There is no information about his body and shoe size.