Sam Golbach is a social media personality and an Instagram star. He is currently in a relationship. 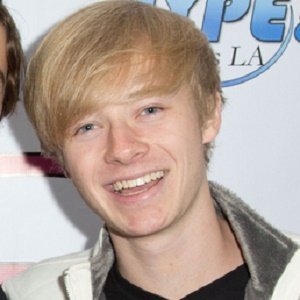 The young and talented American Instagram Star, Viner, and Social media personality, Sam Golbach is currently an unmarried personality as he has not been in any marital relationship with anyone.

The 20-years old Instagram and internet sensation, Sam Golbach is in a relationship. He is having an affair with Katrina Stuart, who is also a YouTuber. They are dating since the year 2016.

They are deeply in love with each other. The couple keeps going on vacation and spending quality time. They also share their private pictures on their social media handle with their fans and followers.

Who is Sam Golbach?

Sam Golbach is a social media personality and an Instagram star, and Vine Star who is immensely popular for his work as a Vine Star with more than 1.6 million followers on his Vine account.

He is also famous for being an Instagram Star and as a one-half of the video content creating duo Sam and Colby alongside his friend Colby Brock.

Sam Golbach was born on November 27, 1996, in Leewood, Kansas, United States of America. His nationality is American and his ethnicity is North American.

His mother’s name is Cindy Golbach and father’s name is Kirk Golbach. There is no any further information about the family background of Sam Golbach.

It is believed that he had a sheer interest in pursuing a career as a social media personality from the very early age of life.

Talking about the educational background of Sam Golbach, he and his partner Colby went the same school and graduated together.

Sam Golbach initiated his career as a social media personality in the early 2014 and earned over 10,000 followers in January 2014.

Then, he made himself an active member of Vine and kept on posting some of the vine videos which increased his popularity to the large frame along with his half content creator Colby Brock.

Currently, he has more than 1.6 million followers on now-defunct video application, Vine. Further, he collaborates with Colby Brock in social media. He is also famous on Instagram and Twitter.

Thus, with the help of his talents and appearances, he gets a decent amount of money as his income raises his net worth to a decent peak value.

Sam has a height of around 5 feet 8 inches and weighs around 60 kg. His hair color is blond and eye color is blue. Other information on his body measurement like chest size, shoe size, etc. is unknown.