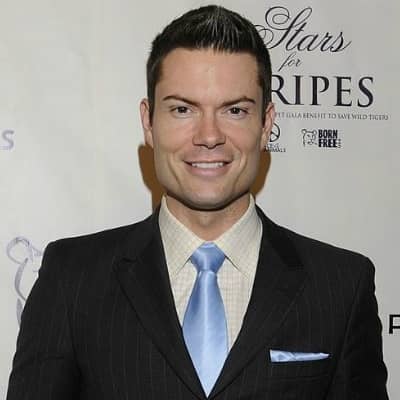 Sam Horrigan’s current relationship is possibly single. He has not involved in any kind of relations or seen with any ladies since his divorce.

He got married to Betty Horrigan in 2014. The couple shared a good bond in their initial phase of marriage. They have two children, a son Blake Horrigan and a daughter Hailey Horrigan.

After four years of their marriage, they separated after having some personal dispute in August 2017.

However, they filed for divorce only after a year of separation and the court give full custody of their two children to Horrigan’s wife because of Sam’s issue with alcohol and parenting behavior.

Who is Sam Horrigan?

Sam Horrigan is an American Movie actor and stunt performer. He is best known for his role as Spike in the sports movie Little Giants. He also appeared in the popular television movie Brink!

Sam Horrigan was born on August 23, 1981, in Sacramento, Northern California, the United States. As of 2020, he is 39 years old. Sam’s full name is Samuel Emmett Horrigan and his nickname is Samson Superman. Her Zodiac sign is Virgo. He holds an American nationality and belongs to the Caucasian ethnicity.

Sam Horrigan’s started his career in the film sector as a child artist who played the role of Quentin Kelly on the television ‘What If’ in 1992.

Sam appeared in several films such as Remote, Getting Even with Dad, Children of the Dark, Accepted, etc. The actor was recognized when he starred in the popular television movie Brink! in 1998.

He also appeared in movies including Little Giants and Escape to Witch Mountain in 1994 and 1995 respectively.

Sam also appeared in numerous television shows such as Desperate Housewives, The Gone Dead Train, One Tree Hill, etc. He was notable for his appearance as the lead character’s son in the role Quentin Kelly on the Grace Under Fire Sitcom in 1996. The actor portrayed the character of Brad Thunder in Bar Starz in 2008. For the role, he did his own stunts including fight scenes and setting himself on fire.

In 2007, Sam participated in a male beauty contest on the fourth season of Beauty and the Greek reality show.

Besides the entertainment field, he is also doing charity work. He loves to run, so he participates in races where he raises money for charities.

Sam is the winner of the Comic-Con Superhero challenge with the superhero character name Metro Man on Beauty and the Greek reality show.

There is no information available regarding his rumors and scandals. He maintains his profile clean in public.

Sam’s estimated net worth is around $500 thousand approximately. Apart from his net worth, there is no information about his properties, assets.

Sam has an athletic body type. He is around 6 feet tall approximately. His eyes and hair color is dark brown.