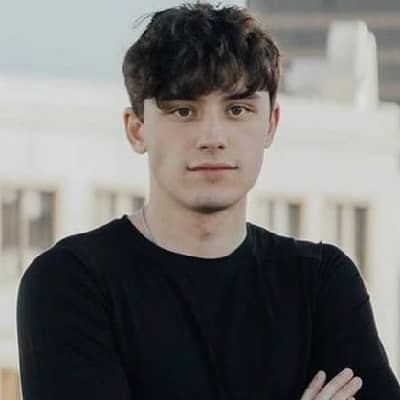 Sam Jose is currently married to his longtime girlfriend. He exchanged vows with Jessica Baio in Nov 2020.

Before the wedding, they shared rings in June 2020. This couple shared their marriage moments via a YouTube video titled Married at 18.

Who is Sam Jose?

Sam Jose is an American digital star. He is popular for his amazing comedy, music, and informational videos on the social networking site TikTok.

He was born on 07 March 2002 in the United States. The name of his father along with his mother is unknown.

But he shared his mom’s picture in July 2019. Moreover, Sam’s ancestry is Caucasian. Regarding studies, it is also not yet published.

Sam Jose is now very popular for his dance and comedy and music videos on TikTok @_samjose_. Moreover, his account has gained more than 1 million followers with millions of hearts.

His collaborated YouTube channel with Jess was created on 06 June 2017 and it contains pranks and challenge videos. The contents are loved by the viewers and it has gained over 656k subscribers.

One of his popular videos is BREAK UP PRANK ON BOYFRIEND!! (emotional) and with his girlfriend, his first video was titled I SURPRISED HIM! (One Year Anniversary).

Some of his other uploaded contents are SOMEONE BROKE INTO OUR CAR PRANK ON WIFE!, CALLING HIM DADDY To See How He Reacts (AWKWARD), DIFFERENT THINGS COUPLES DO WHEN THEY SLEEP!, and more.

This digital star has an estimated net worth of $500 thousand at present. The yearly salary from his YouTube channel $33.3K – $533.2K.

Regarding Sam Jose’s body features, his height and his body weight are not disclosed. Moreover, the color of his eyes is light brown but his hair is in dark brown color.

Sam is available on social sites. His Instagram is followed by over 147k people.