Talking about his love life, Sam Kiley is happily married to Melissa Tollemache. Moreover, the couple lives along with their two children, Ella Kiley, and Fynn Kiley.

However, The couple has not revealed their marriage details to the public till now.

It seems Sam is very private in nature and has not shared any details with the public and media. 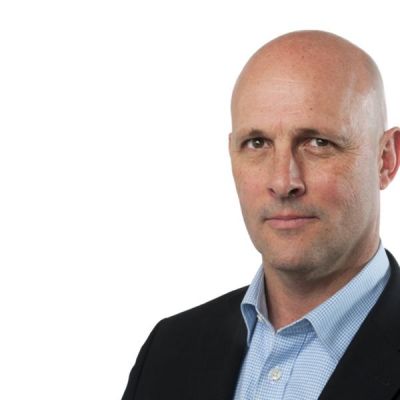 Who is Sam Kiley?

Moreover, he is a top journalist with more than twenty years of experience in journalism at different times of his career in London, Los Angeles, Nairobi, Johannesburg, and Jerusalem.

Sam Kiley was born on 28 August 1964. At present, his age is 57 years old. Likewise, his birthplace is Kenya, East Africa.

Not much is known about his father and mother’s details, Sam has been secretive about his family details. Moreover, he has not revealed his siblings’ details to the public till now.

Talking about his nationality, Kiley holds a Kenyan identity whereas his ethnicity is Caucasian.

The journalist took his education from Eastbourne College. It is a boarding independent school for boys in the huge coastal town of Eastbourne in East Sussex on the South Coast of England.

Moreover, the journalist studied politics, philosophy, and economics at Lady Margaret Hall and graduated in the year 1984.

Further, Sam became the president of the Oxford University Dramatic Society and played cricket for the university’s second eleven.

Apart from this, he took mime and Commedia de rate classes as well under Nell Bartlett, director at the National Theatre and the Royal Shakespeare Company.

Initially, Kiley was commissioned into the Gurkhas Regiment of the British Army before joining the Lady Margaret Hall at Oxford. During his university days, he left the British Army.

However, in the year 1987, Sam joined The Times newspaper and became an education reporter. He worked there for three years and switched his job to The Sunday Times newspaper. There he worked as the US West Coast correspondent.

Next year, Sam shifted to Nairobi being The Times’ Africa correspondent from where he reported and covered Somalia, Zaire, Rwanda, and Sierra Leone winning widespread acclaim.

Also, he received the Granada Television Foreign Correspondent of the Year award for his reporting on the fall of the rule of President Mobutu in Zaire.

Later he was promoted to The Times’ Africa bureau chief and shifted to Johannesburg in South Africa.

Sam was shot covering a coup attempt in Lesotho in the year 1998. The correspondent moved to Jerusalem and became The Time’s Middle East Bureau chief for two years.

Going on, he showed Truth and Lies in Baghdad in the year 2002 as part of Channel 4 television’s main current affairs series, Dispatches. Moreover, Sam made many more programs for Dispatched and for Unreported World.

In the year 2005, Kiley appeared in two series for Sky One: USA Unsolved with Sam Kiley and Guns for Hire, in the war zones of Congo and Afghanistan.

Also in November 2006, he produced a BBC2 observational documentary in Afghanistan, The General’s War, and he was granted exclusive and extraordinary access to British NATO General David Richards.

The renowned personality, Sam Kiley start serving for Sky News, initially as security editor, and then as defense and security editor in the year 2012.

Later, he became the Middle East correspondent for Sky News, based in Jerusalem,

Experienced journalist, Sam has earned a handsome amount of money from his profession. He lives a lavish lifestyle.

It is reported that Sam Kiley has an estimated net worth of $17 million as of 2022. Similarly, he is an award-winning journalist with more than twenty years of experience in the j0urnalism field.

However, the famed news correspondent has not disclosed his exact salary, earnings, and assets details till now.

Sam has never been part of any controversial matter or rumors till now. The journalist has been preoccupied with his professional and private life.

It seems that Kiley prefers enjoying his personal life and does not want to merge it with his professional life.

56 tears old renowned personality, Sam Kiley has decent looks, a muscular body, and an admirable personality. He stands at a height of 6 feet.

Furthermore, Kiley has brown eyes whereas his hair is bald.

Nevertheless, the renowned news personality has never mentioned other physical details in the public yet.

Regarding his social media presence, Sam Kiley is an active personality on social media. Sam has more than 9.8k followers on his official Twitter account @Kileycnn.

Sam is very tight-lipped and does not prefers to share his things on social media.