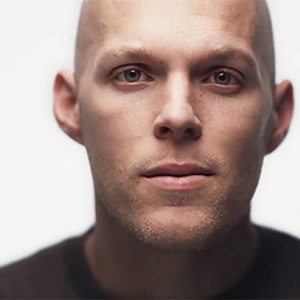 Sam Martin is a very popular songwriter and he has opened up about his career but there is no much information about his love life. He has kept his love life away from media.

It seems like he is single and not involved in any relationship. He is busy focusing on his career.

Who is Sam Martin?

Sam Martin is an American Grammy Award-winning musician, singer, songwriter, and record producer. He has written many famous songs like Want to Want Me by Jason Derulo, Daylight by Maroon 5, and many more.

Samuel Denison Martin was born on 7th February 1983 in New York City. There is no information about his parents and siblings. As he has kept his personal life a secret.

Similarly, his nationality is American whereas his ethnicity is unknown.

Talking about his education, he attended Lakeridge High School. Similarly, he went to Berklee College of Music for two years.

Sam Martin is a musician, songwriter, record producer, and singer. Similarly, his song “Want to Want Me” by Jason Derulo holds the record for being the most adds in the American contemporary hit radio history.

Similarly, he wrote another song for maroon 5 which was Daylight. It peaked at number one on the Billboard charts. Likewise, his writings on the album Fly Rasta released by Ziggy Marley became the number-one reggae album. It received a Grammy Award.

Moreover, he rose to fame in the year 2014 for being featured on David Guetta‘s number-one singles Lovers on the Sun and Dangerous. Other projects of him with other singers include One Direction, Nick Jonas, Zedd, Flo Rida, Prince Royce, The Chainsmokers, Pitbull, Jon Bellion, and many more.

Furthermore, he also has a side project called Con Bro Chill who has released singles like We should Hang Out.

He won the MAD Video Music Award for MAD Radio 106.2 Song of the Year. His song on album Fly Rasta received a Grammy Award.

Sam has the net worth in million but it isn’t calculated yet. Also, his salary and incomes are unknown.

There are no rumors and controversy of Sam as he is busy focusing on his career. He does not reveal much on social media too.

Grammy Award Winning Musician And Singer Sam Martin!! Know About How He Started His Career And His Music