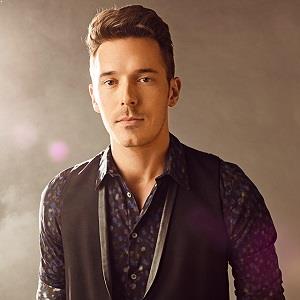 As a musician myself, it annoys the hell out of me to watch an actor trying to play a guitar out of time with the music

Cornwall has lots of folk and Celtic music and has that kind of surfer vibe as well. That was my kind of upbringing

If you break up with a girlfriend or a boyfriend, you're in this vulnerable state where you're still kind of half in the relationship with them, but you're single, and it takes a while to feel solid in yourself again.

Sam Palladio at present is in a relationship. He is dating Cassadee Pope who has won The Voice show. hey met each other in 2017 and are still together.

Previously, from December 2012 to August 2013, Sam was romantically involved with American Actress Chloe Bennet. The 8-months relationship eventually came to an end.

It was speculated that he was dating Clare Bowen who also appears in the series ‘Nashville’. Neither of them, however, have confirmed the relationship officially as of now.

Who is Sam Palladio?

Sam Palladio is a British actor plus a musician. He plays the role of Gunnar Scott in the ABC musical drama series ‘Nashville’. In addition, he was the lead singer in a band called Salt Water Thief.

Additionally, he has appeared in more than 10 movies and television in his career.

He was born in Pembury, the United Kingdom on November 21, 1986. He holds English ethnicity.

Furthermore, he was born Sam Christian Palladio Scott. There is no information about his father and siblings. But his mother’s name is Sally Scott.

Music was an integral part of Sam’s early life as he was brought up by his artist parents. He was always intrigued by the world of show business since his childhood years.

Initially, Sam Palladio was a singer-songwriter for a British folk bank, Salt Water Thief. He is also the original cast member of Dreamboats and Petticoats.

They are a popular musical that tours through the United Kingdom. He has released numerous songs with Clare Bowen throughout his career. In 2012, he released his first single “If I Didn’t Know Better”.

Then in 2017, he again gave the public his new single named Stay My Love.

Apart from his music career, Sam has also appeared in several movies and television series. Furthermore, his first on-screen appearance was in ‘Little Crackers’ as Joe Strummer. Later, he appeared as Jamie Laker in ‘Doctors’.

He also appeared in ‘Runner, Runner’ as Shecky. He appeared in some other movies and television series like ‘Nashville’, ‘Humans’, ‘Episodes’, ‘Walking and Talking’, ‘Catherine the Great’, and others.

Sam garnered the BTVA Feature Film Voice Acting Award for his performance for ‘Strange Magic’ in 2016. In addition, he got the nomination for the GMS Award in the category of Best Song/Recording Created for Television for ‘Nashville’ in 2016.

This actor’s estimated net worth was $1.4 million. His voiced movie Strange Magic (2015) had collected an amount of $13.6 million.

There was a rumor that Sam was dating another co-star Chaley Rose who is best known as Zoey from ‘Nashville’. Furthermore, neither of them confirmed the rumors.

There were rumors that Sam might be gay. However, he has denied the rumors in recent years. Additionally, Sam has not been part of any notable controversies as of now.

Sam Palladio has a height of 6 ft 2 inches and weighs 75 kg. Additionally, his eye color is hazel, and his hair color is brown.

Sam is quite active over social media. He has more than 141.7K followers on Twitter.