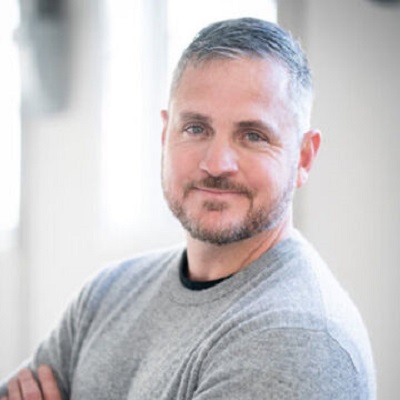 Sam Sheridan is married to Patty Jenkins. The couple got married on the 1st of September 2007. The wedding took place at the Presidio Chapel in Santa Barbara, Calif.

The ceremony was officiated by the Rev. Dr. Ronald T. Evans, a minister of the United Church of Christ.

This couple is blessed with a son. Being a protective parent, they have not shared the name and details of their son.

Who is Sam Sheridan?

American Sam Sheridan is an author, screenwriter, and producer. He is renowned as the writer and producer of the series, I Am the Night.

Sam Sheridan was born and brought up in Western Massachusetts, United States. He is of Irish ethnicity.

His mother, Susan used to be an adjunct professor of art at Westfield State College. Currently, she is retired from the job.

Also, his father, Michael was an assistant treasurer and business manager of Deerfield Academy, a private school in Massachusetts. As of now, he is also leading a retired life.

Talking about his educational background, he is a Harvard graduate with Honors in Arts.

After High School graduation, Sam Sheridan joined US Merchant Marines. At the time, he used to wash dishes on USNS Able.

After graduation from Harvard, he landed up in various jobs. That includes the professional sailing, wild-land firefighter in New Mexico, largest cattle ranch in Montana, and construction at South Pole Station.

Moving forward, in 2006, he launched his first book, A Fighter’s Heart. The book is based on his personal experience that he earned during the world fight in Thailand, Japan, the US, and Brazil.

Later, in 2010, he published the book, The Fighter’s Mind: Inside the Mental Game. The book is about the collection of essays on the metal strategies of the champions that used during the fight.

In 2011, he appeared in the movie, Warrior as Sam Sheridan. The following year, he launched his third and latest book, The Disaster Diaries.

Moving forward, he expanded his career in the entertainment sector and became the part of the series like Mankind the Story of All of Us, Secret History of Humans, and Fight Life as a writer and author. Last, in 2019, he contributed his script to the series, I Am the Night. Also, he happens to be an executive producer of the series.

Besides that, he also makes through his production works too. Also, the royalties of his books are also a primary source of his income.

Moreover, his wife, Patty has an estimated net worth of $25 million. Her net worth is attributed to her career as a screenwriter and director.

Sam Sheridan has blue eyes with light hair. He has a decent height and weight. However, details on his body stats are not available.

Till the date, he has not been part of any sort of controversy and scandals that created headlines in the media. Also, he has managed to maintain distance from any kind of rumors too.

You may also read the bio of Daniela Lavender, Kiana Madeira, and Christopher James Evans.