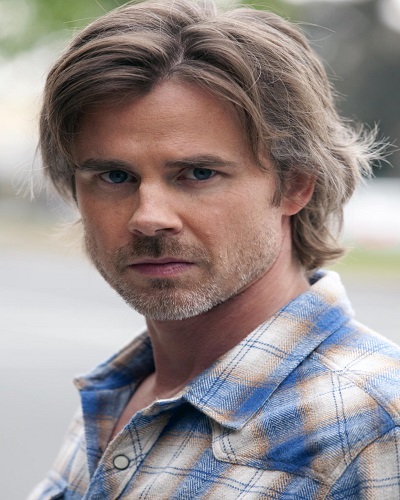 The famous American actor Sam Trammell is best known for his role as Sam Merlotte on the HBO vampire series True Blood.

He is not only known for his incredible acting skills, but also for his romantic and serious relationship with the beautiful actress Missy Yager.

Despite his age, he has no plans to get married to his girlfriend.

Sam Trammell is not a married man till now. He is in a serious relationship with the beautiful actress Missy Yager for a long period of time. Yes!! The couple has been together since 2006.

Isn’t it amazing? They are together for over a decade now and they are not married yet. This shows us their love for each other. Their relationship is incredibly amazing.

When did they meet? Their children

Trammell and actress Missy Yager met in 2003 while performing theater in New York City. They began dating each other back in 2006. The couple was serious about their relationship since the beginning of their affair.

Even though they are not married, they are blessed with two amazing children. The couple had twin sons named Gus Trammell and Winston Trammell born in 2011. Sam’s personal life is as successful as his professional career.

You may like to read Kristen Hanby slammed for playing a dirty prank on his girlfriend, Jasmine Woodward!

They are still not married but their relationship is still very strong. They have been together for eleven years now and their relationship and there is no sign of separation at all. He is very happy with his girlfriend and he is living a happy life with his partner and children.

Who is Sam Trammell?

Sam Trammell is a famous American actor best known for his role as Sam Merlotte on the HBO vampire series True Blood. He is also famous for his role as Michael in the 2014 film The Fault in Our Stars. He has appeared in numerous films, television shows, and TV movies. More bio…

Is Zac Efron Single or in a Relationship After His Break Up with Sami Miró? Get to Know More on His Relationship History
Tags : Actor