His wife’s name is Tamyra Gray. She is an actress, singer, and former American Idol top 4 contestants of the first season in 2002.

They married on September 2, 2006, in Capri, Italy secretly. Only 45 personal guests were invited. Her manager of that time, Lisa Braude also attended this marriage ceremony.

But, her photographers sold all their wedding photos to the press. So, their relation became soon popular and known to everyone.

Together they have one daughter, Sienna Marie. On March 23, Tamyra reveals to the American magazine, Entertainment weekly that they were going to have a baby.

From Sam’s previous marriage, he has one son, Kieran Watters. 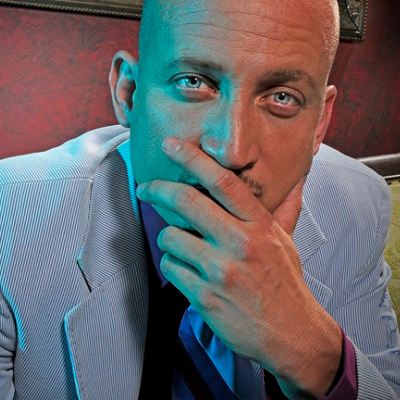 Who is Sam Watters?

Sam Watters is an American Music Producer and Songwriter. He is also a singer and record executive.

As of March 27, 2018, an interview with Walters was published on Youtube channel Conversations With Cool People.

Sam Watters was born as Samuel Joshua Watters on July 23, 1970, in Camp Springs, Maryland, the U.S.

His birth sign is cancer and has Caucasian ethnicity. Details about his father and mother are not revealed.

He originated as an artist out of San Francisco, California.

Sam Watters was a member of R&B group Color Me Badd, which is also the multi-platinum selling 1990. He formed this band along with other high school members Mark Calderon, Kevin Thornton, and Bryan Abrams.

When the group was formed, Robert Kool Bell found this group. Bell is a band member of Kool and the Gang in Jersey City in 1964. Bell help his group to signed with Giant Record in 1990.

Sam collaborated with other members and released singles such as I Adore Mi Amor and All 4 Love.

All members of Color Me Badd separated in 1998. After that, Watters starts his solo career as a music producer and songwriter.

A career with Louis Biancaniello

In 1996, he met Louis Biancaniello, who is also a record producer and songwriter. Since then they are working together.

As a co-partner, they wrote and produced hit song I Wanna Love You Forever, sung by Jessica Simpson and released in 1999. It reached no 3 on the Billboard Hot 100 chart.

Watters and Louis produced and co-write with Anastacia Lyn Newkirk in her debut single I’m Outta Love, which is a song from her album Not That Kind. They also worked in Anastacia’s second studio album One Day in Your Life, released in March 2002.

In 2004, they co-write with Watters’ wife and another American Idol contestants.

They both worked with U.K pop star Leona Louise Lewis in 2007  and released their debut album Sprit. This album was sold over seven million units worldwide.

In 2010, they both establish their own record label, London Police. When they met with the singer and songwriter, Matthew Koma. They signed Koma in their company, London Police.

Watters’ net worth is approximately $20 million US as per 2022’s data.

Watters and his band Color Me Badd sold $8.8 m records worldwide all over their career.

Sam Watters has a clean-shaven head and blue eyes. His height is 6 feet and weight is 85 kg.