Updated On November 15, 2022 | Published By: Paristha Acharya
Share this
Single 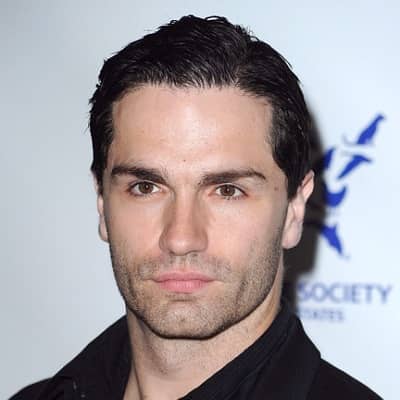 'Star Wars' is something that I've been a fan of since I was a kid - I played all the video games and I grew up reading 'Star Wars' books.

When you're a liar, a person of low moral fortitude, really any explanation you need to be true can be true. Especially if you're smart enough. You can figure out a way to justify anything.

What is the relationship of Sam Witwer?

Sam Witwer is currently possibly single. He hasn’t disclosed his relationship and affair.

Previously, he was in a relationship with an actress Chloe Dykstra. He and his girlfriend split up after 3 years of dating in 2017.

Who is Sam Witwer?

Sam Witwer is an American musician, voice actor, and actor. He is best known for his roles in Supergirl, Once Upon A Time, and Star Wars.

Who are the parents of Sam Witwer?

This actor was born on 20 October 1977, in Illinois, the US with the birth name Samuel Stewart Witwer. His father‘s name is Samuel, and his mother‘s name is Susan ‘Susie’.

Sam was involved in theatre and drama class during high school. He was also the lead singer of his high school band Love Plumber.

He made his first on-screen debut in a Chicago bull commercial. In 2001, Witwer played Tommy in the popular TV series ER in the episode Fear of Commitment.

The same year, he was seen in a short role in JAG and Arliss. The next year, he made his appearance in Dark Angel and She Spies.

In 2003, he played in television series like Angel, The Lyon’s Den, and Star Trek: Enterprise. The following year, this actor starred in NCIS, Cold Case, and Star Trek: New Voyages.

Between 2004-2005, Sam played Crashdown in the popular sci-fi TV series Battlestar Galactica from where he gained huge popularity. From 2006-2010, he appeared in many shows like CSI, Dexter, Bones, Smallville, and Shark.

Between 2011-2014, he portrayed the lead role as ‘Aidan Waite’ in Being Human for which he was nominated for the Canadian Screen Award for Best Actor in a Continuing Leading Dramatic Role.

His other works on TV include Grimm, Stalker, Rosewood, Once Upon A Time, Supergirl, Riverdale, and DC Universe All-Star Games.

Recently in 2020, he is playing Dark Side agent in the TV program Star Wars: Jedi Temple Challenge.

In addition to acting, he worked as a voice artist for Star Wars: The Clone Wars, Star Wars Resistance, and Star Wars Rebels.

In 2006, Witwer made his film debut in a minor role in the action film Crank. Afterward, he was seen in a small role in movies like The Mist, Pathology, Gamer, ‘No God, No Master’.

In 2011, he played Joe Neiderman in The Return of Joe Rich, from which he gained public attention and appreciation for his role. He dubbed the voice of Kazbek in English for the animated movie Space Dogs: Adventure to the Moon.

His other works on movies include Justice League: Throne of Atlantis, Wrestling isn’t Wrestling, Officer Downe, Tales of Halloween.

What is Sam Witwer’s net worth?

The average salary of this actor is not known. Meanwhile, according to some sources, he has an estimated net worth of $1.5 million as of 2022.

Witwer is rumored to be appearing on the sci-fi television series The Mandalorian. Sam hasn’t accepted the rumor yet, it is not fixed if the rumor is true or not.