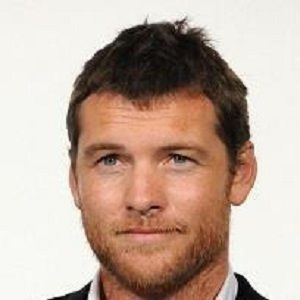 A mate of mine told me recently, 'It's the first time I've seen you work, Worthington.' I thought that was quite funny, but he was right.

Sam Worthington is a married man. He started going out with actress Maeve Dermody in 2004. Then, they dated for more than three years before decided to go separate ways in 2007. Then, he met makeup artist Natalie Mark while she was working with the management company that was representing him.

Whereas they seemed very much in love and Sam even credited her for keeping him grounded. Unfortunately, they had separated by January 2011 with their last public appearance being in October 2010 at the basketball game in New York.

Then, he was in a relationship with Crystal Humphries by the end of 2010 after his relationship with Natalie Mark collapsed. Likewise, he dated actress and singer Sophie Monk briefly in the summer of 2013 after they were spotted on a date in Melbourne.

Moreover, he met model Lara Bingle in New York City in September 2013 after being introduced by a mutual friend Natalie Imbruglia. They started dating by 2013 end. In December 2014, they got married. The couple has two sons namely, Rocket Zot and Racer Worthington.

Who is Sam Worthington?

Sam is an English-Australian actor and writer. He also portrayed Jake Sully in the 2009 film Avatar, Marcus Wright in Terminator Salvation, and Perseus in Clash of the Titans as well as its sequel Wrath of the Titans. Then, he also transitioned to more dramatic roles, appearing in Everest (2015), Hacksaw Ridge (2016), The Shack, and Manhunt: Unabomber (both in 2017). Similarly, he also played the main protagonist, Captain Alex Mason, in Call of Duty: Black Ops.

Sam Worthington was born in Godalming, Surrey, England, the United Kingdom on  August 2, 1976, age (42). He is the son of Ronald W. Worthington (father) and Jeanne J. Worthington (mother). His father was a power plant employee and his mother was a housewife. He along with his family moved to Perth when he was six months old.

He has two siblings namely, Bruce Worthington and Lucinda Worthington. Whereas, he belongs to English- Australian nationality and English ethnicity. His birth sign is Leo.

On talking about his education, he attended John Curtin College of the Arts, a school specializing in the dramatic arts, located in Fremantle, Western Australia, where he studied drama but did not graduate.

On talking about his profession, he made his film debut in the highly acclaimed Australian movie Bootmen, a movie about a troop of top dogs. Then after doing some minor roles in A Matter of Life and Hart’s War, he was again cast in yet another hailed Australian drama Dirty Deeds.

Similarly, he again appeared in another Aussie movie Getting’ Square but it wasn’t until 2004 that he got his big break after he was offered the starring role in Australian drama Somersault. In addition, his career took off internationally when he featured in James Cameron’s Avatar as Jake Sully in the year 2009.

Likewise, soon became a household name, starring in high profile films Texas Killing Fields, Clash of the Titans, Man on a Ledge, and Wrath of the Titans. Sam also voiced for the call of Duty: Black Ops video games. During 2010, he also started a production company named Full Clip Productions, with his two friends Michael and John Schwarz. Whereas, the company prints two graphic novels Patriots and Damaged teaming up with Radical studios.

Additionally, he won the Saturn Award for Best Actor for Avatar (2009). He won ShoWest Award for Male Star of the Year.

There is no information regarding his income, salary. Whereas, his net worth is estimated to be around $ 26 million.

There was a rumor that he was in a relationship with fellow Australian, model Lara Bingle. Currently, he is far from rumors and controversies.

On talking about his body measurements, Sam has a height of 5 feet 10 inches. Additionally, he weighs is 80 Kg. Likewise, his chest, waist, and biceps sizes are 43-34-12 inches respectively. Sam’s hair color is light brown and his eye color is blue.

Also, read the affair, salary, the net worth, controversy, and the bio of  Hugh Jackman, Ingo Rademacher, Hugo Weaving

Bella Thorne herself uploads her nude pictures online when a hacker threatens to expose her and leak her naked photos online!