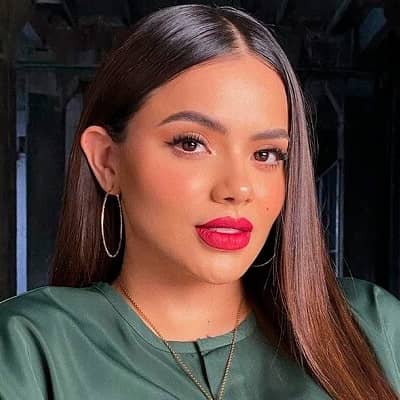 Samadhi Zendejas is a single woman.

She has been in a relationship with Jorge Coch and Alejandro Speitzer in the past. However, there is no detail of their love life as well as how they met each other.

Her ex-boyfriend Jorge Coch is the brother of famous actress Jessica Coch and Alejandro Speitzer is himself a Mexican actor. She doesn’t have children. Furthermore, there is no such news of her present lover.

Who is Samadhi Zendejas?

Samadhi Zendejas is a Mexican actress who is known for her movies like ‘Atrevete a Soñar’, ‘Como dice el dicho’, and ‘False Identity’.

Furthermore, Samadhi Zendejas has won Premios TVyNovelas for the telenovela, Atrevete a Soñar.

Samadhi Zendejas was born on December 27, 1995, in Mexico. She hails from Mexico City, Distrito Federal, Mexico.

She hasn’t mentioned the name of her parents. Samadhi has 2 celebrity siblings from her parents. Her brother Adriano Zendejas is a Mexican actor and her sister, Dassana Zendejas is also an actress. Likewise, she was a talented and extroverted person since her childhood.

Having started her career with good roles in the telenovela ‘Atrevete a Soñar‘, the following year, she appeared in the tv series ‘Gritos de muerte y libertad’  followed by another tv series ‘Mujeres Asesinas 3’ in 2010. After that, there is no looking backward and has appeared in more than 15 important tv series to date.

Some of the most notable tv series she has played include Como dice el dicho, Esperanza del Corazón, and this was followed by telenovelas like Milagros de Navidad, Falsa Identidad, and Rosario Tijeras among others. Moreover, she gained huge popularity from her appearance on her latest tv series, False Identity.

Talking about her awards and accolades, she has won TVyNovelas Award for Best Female Revelation for Atrevete a Soñar.

Furthermore, there are no details of her salary but she has an estimated net worth of around $18 million.

There are no rumors and controversies about this soap opera actress.

Zendejas has a height of 5 feet 6 inches and weighs moderate. Samadhi’s hair and eyes both are dark browns in color but there is no detail about her weight or body figure.