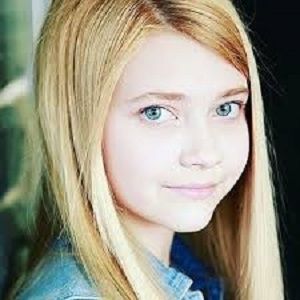 Cute and adorable Samantha Bailey is only 18 years old. Being so young, it seems like she is sharpening her strength and skills to make her all dreams come true rather than being stuck in a relationship. She is very young she is not ready for any relationship at the moment.

Who is Samantha Bailey?

Samantha Bailey is an American child actress and model. She is best known for playing the role of Summer Newman in the soap opera, The Young and the Restless. She is also popular for her role as Emily Bradley in the American TV series Ghost Whisperer.

Samantha Bailey was born on 21 November 2001, in Mission Hills, California, USA. Her current age is 18. Her nationality is American and she is of North American ethnicity.

There is no information about her parents. She has not revealed any information about her childhood life. She has a younger sister named Brianna Bailey. She is a very bright student and is ahead of her age in her studies. Moreover, her favorite subjects include Art, Science, and Math. She was interested in acting and modeling from an early age. She has worked as a child model for several agencies and brands.

She played the role of Summer Newman in the soap opera The Young and the Restless. She appeared as Emily Bradley in the American TV series Ghost Whisperer, for which she won a Young Artist Award in 2011. Samantha played the role of Jenny Hill in the TV series Criminal Minds.

Bailey loves supercross and regularly rides her dirt bike with her family.

Over the past couple of years, she has helped in raising money for the Juvenile Diabetes Research Foundation. Moreover, she has attended several of the LA, Santa Monica & Oxnard JDRF walks. Furthermore, she designed a t-shirt drawing to wear at the walk and a coloring book for the kids at the walk.

Her salary remains unknown. However, her net worth is estimated to be in the region of $100k-$1 million.

You may also like to read the bio, career, net worth, etc of Drena De Niro, Erica Rose, Priah Ferguson.