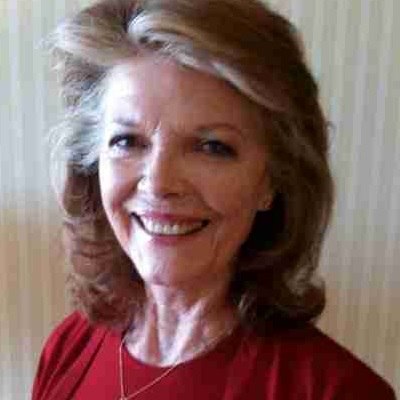 Being directed by one of the greatest directors of the time at a young age, was a pure gift and, contrary to popular reputation, he hardly ever asked me for more than two takes

Being around all the animals in the film Dr. .Doolittle made me one too.

Previously, she was married to Nicolas Stern. The wedding took place on the 24th of October 1964 at St Mary’s Chruch, London. After seven years of marriage, she got divorced from each other.

Who is Samantha Eggar?

British-American Samantha Eggar is an Oscar-nominated actress and voice artist. She is renowned as Dr. Patraba of The Astronaut’s Wife and Miranda Grey of The Collector.

Last, in 2012, she contributed a voice to the character Whale in Metalocalypse.

Samantha Eggar was born on the 5th of March 1939 in Hampstead, London. Her birth name is Victoria Louise Samantha Marie Elizabeth Therese Eggar. She is of British-Dutch-Portuguese ethnicity.

Her father, Ralph Alfred James was a British Amry brigadier whereas her mother, Muriel Olga Palache-Bouma was a homemaker.

First, she attended St Mary’s Providence Convent at Woking. Later, she joined the Thanet School of Art to study fashion for two years.

After that, she attended Webber Douglas Academy of Dramatic Art in London to study drama.

Professionally, Samantha Eggar started her career as a stage artist. In her early career, she worked for several Shakespearean plays. That includes Titania, Dr. Crippen, and Twelfth Night.

Moving forward, in 1961, she debuted in the TV industry with the series, Rob Roy as Diana Vernon.

The following year, she made her debut in the movies with the movie, The Wild and the Willing. Later, she appeared in the series like Rendezvous, ITV Television Playhouse, and Ghost Squad in some minor roles.

However, she first came in the limelight for her appearance in the movie, The Collector. In the movie, she portrayed the character of Miranda Grey, a kidnap victim. For that, she was also nominated for Oscar too. Moving forwards, she featured the movies like Doctor Dolittle, The Molly Maguires, and A Name for Evil.

She is also a popular voice artist. As a voice actress, she contributed to her voice various characters in the animated TV series. Such series include Hercules, The Legend of Prince Valiant, and Metalocalypse.

Also, she has voiced video games like Nightfire, Hercules, and Everything or Nothing.

Also, she makes through her stage performance too.

As of now, she has not been through any sort of controversy that created headlines in the media. Similarly, there are no rumors linked with her.

Samantha Eggar has brown eyes with light hair. Her height is 5 feet 7 inches and weighs around 57 kg. Her body measurements are 31-25-33 inches.