Samantha Lewes was an American actress and she was the ex-wife of Tom Hanks. She passed away due to bone cancer. 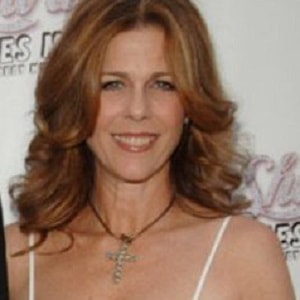 Samantha Lewes was married to actor and filmmaker, Tom Hanks on January 24, 1978. They welcomed their first child, Colin Hanks in 1977 and their second child, Elizabeth Hanks in 1982.

Colin is an actor and Elizabeth is an actress. However, the couple could not hold their relationship due to personal issues and they finally got divorced on March 19, 1987.

Who was Samantha Lewes?

Samantha Lewes was an American actress and she was best known for her performance in the movies like ‘Mr. Success’ in 1984 and ‘Bosom Buddies’ in 1980.

She was also famous as the ex-wife of a famous Hollywood superstar, Tom Hanks.

She began raising her children as a single mother after her divorce with Tom Hanks. She was found to be suffering from bone cancer during a checkup.

She was born on November 29, 1952, in San  Diego, California, USA. Her birth name was Susan Jane Dillingham. She did not mention her parents, siblings, and childhood.

After joining an acting fraternity, she adopted her name, Samantha Lewes. She held American citizenship but her ethnicity was not known.

She had not mentioned anything regarding her college and university education.

She made her appearance in the TV show ‘Bosom Buddies’ alongside her ex-husband, Tom Hanks.

She portrayed a minor role in the comedy film ‘Mr. Success’. After that, she was not seen in films and TV series. She made her appearance in a few projects alongside her ex-husband Tom Hanks and he is still working in Hollywood films and series.

Tom Hanks played in films like ‘Forrest Gump’, ‘Cast Away’, ‘Catch Me If You Can’, ‘Philadelphia’, and many more.

Lewes earned a decent amount of money while she was involved in the acting field. Her actual net worth is unknown, however, according to some sources, her net worth was estimated to be $1 million.

It seems she had not been engaged in any rumors and controversies in her professional and private life.

Samantha Lewes had got light brown eyes and reddish-brown eyes. Other information about her height, weight, etc. is not available.

To know more about Sophia Loren, Uma Thurman, and Jessica Caban, please click on the link.