Samantha Marie Ware’s relationship status is possibly single. She has not shared the data of her affair or boyfriend yet. 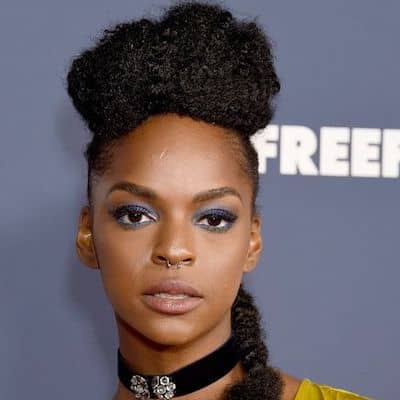 Who is Samantha Marie Ware?

Recently, she was seen in All Rise (TV Series) as Vanessa ‘Ness’ Johnson in its second season.

Her birthdate is 03 Sep 1991 and she was born in Lincoln, Nebraska, the United States. The name of her mother and her father is hidden.

Samantha’s ancestry is All-American and has a brother named Chris. As per her academics, she attended Doane University but never completed her studies.

Samantha Marie Ware is known for her appearance in the hit TV series Glee. She was seen its season six as Jane Hayward in 2015. Then she was cast as Lily in Margot vs. Lily (2016).

Moreover, she is noted for her roles in What/If as Angela and Doom Patrol as Amanda. She was seen in an episode of Chicago Med in 2016, Bull in 2017, and NCIS: New Orleans in 2018.

Her first and the only drama movie was in Barry as Tisha. It was released in 2016 and the other main casts are Devon Terrell, Anya Taylor-Joy, Jason Mitchell, etc.

She collected an estimated net worth of around $500k as of 2022. She has not disclosed the details of her salary.

This Glee star is keeping herself away from rumors and desperate scandals.

Regarding Samantha Marie Ware’s body features, her height is 5 ft 6 inches and her body weight is 56 kg. Moreover, her eyes are dark brown with hair in black color which she dyes in several colors.