Samantha Markle is an American Actress, Writer, Model, and Mental Health Advisor. She is having an affair with Mark Phillips and has three children from her past weddings. Samantha Markle’s is currently in a relationship.

Samantha Markle’s is currently in a relationship. She is dating Mark Phillips and is often seen with him.

She was married to Scott Rasmussen earlier. She also has a child, Noelle Rasmussen born in 1988 from this marriage. In 2003, Samantha and Scott divorced.

She was first married to Earl Hale in 1980 approximately. From this marriage, she has two children’s i.e. Ashleigh Hale and Christopher Hale. 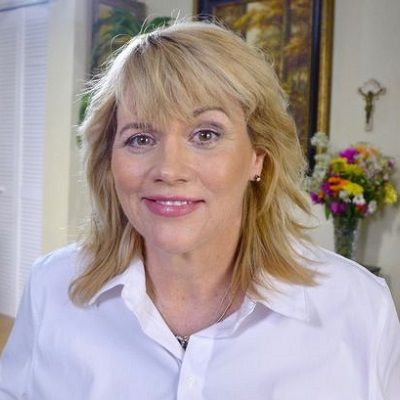 Who is Samantha Markle?

Samantha Markle is an American Actress, Writer, Model, and Mental Health Advisor. Apart from this, she is often seen on many TV channels.

Recently in 2008, Samantha was diagnosed with multiple sclerosis and is now wheelchair-bound.

She is also known as the elder half-sister of the English Duchess Meghan Markle.

Samantha Marie Grant Markle was born Yvonne Markle on the 16th of May 1965 in Los Angeles, California, United States. She is around 57 years old.

Her parents are Thomas Markle and Roslyn Loveless Markle of Canadian-American origin. Mr. Markle is also an award-winning lighting director and cinematographer.

She is the daughter from Thomas’ first marriage to Roslyn Loveless. In addition, she has spent most of her childhood with her siblings Thomas Markle Junior, and Megan Markle in the United States.

Some of her educational certificates are in:

Markle studied Filmmaking at the Los Angeles Broadcasters in 1982 where she received her certificate in radio and television.

She learned several skills and worked in Broadcasting, news, commercials and copywriting.

·       Criminology (2002-2005)
Samantha received her Bachelor’s degree in criminology and psychology from the University of New Mexico.

Samantha continued her education and earned her Master of Arts degree in mental health from New Mexican Highlands University.

She also attended Southern New Hampshire University where she received her Master’s degree in playwriting and screenwriting.

Since an early age, Samantha was taught certain skills needed in the filmmaking industry.

In the early 1980s, Samantha worked in several positions in the film industry in several projects and productions.

Toward the end of the decade, she would begin to take part in several film projects as an actor and made a debut television appearance in General Hospital.

In addition, in the early 1990s, she worked for several production companies in the radio and television department.

Samantha is currently a mental health counselor in West Palm Beach, Florida for Angels’ Redencion LLC. She has been working there for nearly five years.

Markle’s half-sister Samantha was suspended from Twitter earlier this year.

The reason behind this according to Daily Mail, is that police in Florida have opened up an investigation into Samantha Markle for cyberbullying after she allegedly wrote multiple derogatory messages online about her half-sister Duchess Meghan and Prince Harry.

Samantha Markle is blonde with dark eyes. Her height is 5 ft 5 inches and her weight is 64 kg. Her body stats are 33-26-34 inches approximately.

You may also like to read about Erica Rose, Scottie Thompson, and Drena De Niro.