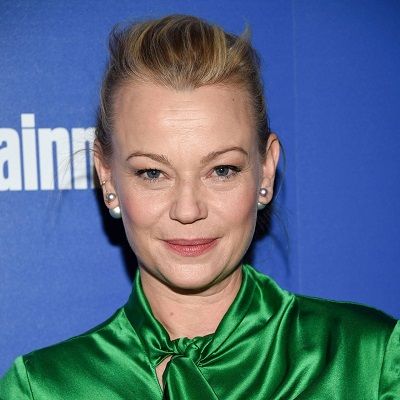 "I knew something was wrong that night, something I didn’t understand and i didn’t see anyone doing drugs but he was high in a way that made me feel uncomfortable…the heroin that killed him didn’t happen until he was in the Viper Room. I have my suspicions about what was going on, but I didn’t see anything."

What is the relationship of Samantha Mathis?

Her first-ever boyfriend was an American actor and producer, Christian Slater but they get separated.

After Slater, she was in a relationship with standup comedian John Leguizamo. They started dating in 1991 and broke up after a year of dating in August 1992.

Mathis then started dating the American actor and singer River Phoenix. There seems to be much love between each other but unfortunately, their relationship ended with the death of Phonix in October 1993 due to “Congestive Heart Failure.”

Who is Samantha Mathis?

Samantha Mathis is an American actress. Despite being from the industry, Her mother wasn’t agreed with Samantha’s career to join the same industry.

Nevertheless, Samantha followed her passion and started acting from a young age. She has been active in this industry since 1988 and is now one of the renowned actresses.

Samantha was born on May 12, 1970, in Williamsburg, Brooklyn, New York, to Donald Mathis and Austrian-born actor Bibi Besch. Mathis is a Caucasian actress of Austrian descent. She was just 2 when her parents divorced. And her mother, Bibi raised Samantha single-handedly.

Samantha and her mother moved to Los Angeles after the divorce. Mathis’s mother discouraged her from pursuing acting, but growing up on locations, in theaters, and in acting classes, she decided to become an actor at the age of 12.

Samantha Mathis started her career at the age of 16. She firstly appeared in the Always Slender Pads – Just For Teens commercial. Later, she gains more fame by appearing as Roseanne Miller in the year 1988 American family drama series, Aaron’s Way. Then she played the role of Jacqueline ‘Jake’ Monroe in the TV drama series, Knightwatch from 1988 to 1989.

She also guests appeared in many TV shows including The Strain, Law & Order: Criminal Intent, Grey’s Anatomy, and many others.

Mathis made her debut appearance in the comedy-drama movie, Pump Up the Volume where she played the role of Nora Diniro under the direction of Alan Moyle. She then appeared as Erica Ingels in the 1992 movie, This Is My Life.

For her performance, she was nominated for the Young Artist Award for Best Young Actress Starring in a Motion Picture. In addition, she is also featured in many movies such as Ray Meets Helen, The Clovehitch Killer, etc.

Mathis was nominated in the year 1995 at the Young Artist Awards for Best Young Actress Starring in a Motion Picture for This Is My Life (1992).

Likely, in 2005 she was nominated for the Saturn Award for Best Supporting Actress on Television organized by the Academy of Science Fiction, Fantasy & Horror Films for Salem’s Lot (2004) (TV).

She has a net worth of $4 Million as of 2022. But her salary and other incomes are not disclosed.

Samantha Mathis stands at a height of 5 feet and 5 inches and weighs 56 kg. Her body measurements are 34-26-34 inches.

Likely, she has a pretty-faced with blonde hair with blue eyes.

Mathis is active in social media networking sites with 4K followers on her Twitter page. And she isn’t active on Instagram.

Click on the link to know more about Bernard Dean, Justin Long, and Tyrone Power Jr.