Samara is in a relationship with fellow YouTuber Andre Rebelo, a.k.a. TypicalGamer.

She also mentions that Andre encourages her to make Youtube videos. The couple makes various videos together and uploads to the Youtube channel.

Likewise, there is no information regarding their relationship and their meet. 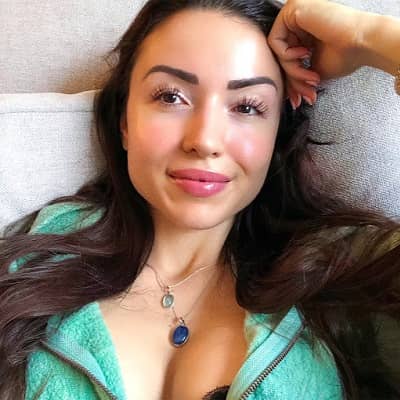 Who is Samara Redway?

Samara Redway is a Canadian YouTuber, and social media personality. She is popular for her beauty, makeup review, daily vlogs, and Q&A video content she posts on her youtube channel.

Furthermore, she is also well known for her various live game streams.

Samara was born on 10 March 1995, in Vancouver BC, Canada. She holds Canadian nationality and has Old English descent.

After a couple of months of her birth, her parents moved to her grandparent’s home. Her father left them as he doesn’t want the responsibility. Likewise, her mother married divorced and married another man.

Samara has a half-sibling brother and sister.

Samara studied at a public high school in Canada. She then studied at the University of Alberta.

Likewise, after moving back to Calgary, she resumed her studies at the University of Calgary.

Talking about her most popular video, it is “I said YES to EVERYTHING my boyfriend said for 24 HOURS! (CHALLENGE)”. It was posted on Apr 25, 2019, and over 3.2M views.
Likely her other  famous videos are “FORTNITE DANCE IN REAL LIFE!!”, “TOP SCARIEST GAMING MOMENTS!! (Funny Moment/ Jump Scares)”, “FORTNITE WEAPONS IN REAL LIFE!!”, “STOLEN LAMBORGHINI PRANK!!”
And her latest video “Teaching My Boyfriend How To Swim!” was just uploaded on May 4.

Talking about her salary, it is around $80,000 annually.  Analyzing her engagement rate of the channel, her latest monthly income from Youtube was $4,073.

The star hasn’t been involved in any such activities in the media which can cause rumors about her. Likewise, Samara hasn’t faced any controversies also.

Similarly, she has naturally dark brown hair and often dyes it into various vibrant colors. Talking more, she has beautiful dark brown eyes.

Her official Tik Tok account also holds 128K followers with more than 178 likes. Similarly, she has her own YouTube channel with 1.01M subscribers.

Also, get to know about Jackson Mecham, JayDa Youngan, Katie Betzing, and fousey.