Who is Samara Weaving's fiance?

Samara Weaving officially announced her engagement to her fiance’s creative producer Jimmy Warden on 10 March 2019. The two are engaged couples who are rumored to be married secretly. They do not have plans of having kids as of 2022. 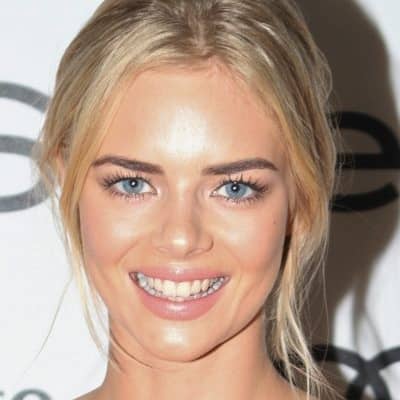 Who is Samara Weaving?

Samara Weaving is an Academy of Cinema and Television Arts (AACTA) nominee Australian actress and model.

Weaving rose to fame by portraying Indi Walker on the soap opera Home and Away (2009–2013).

Most recently, she has worked on the 2022 Babylon, and the upcoming The Valet and Chevalier.

Samara Weaving was born in Adelaide on 23 February 1992 under the birth sign Pisces. The 30-year-old actress has mixed, Caucasian and Maltese ethnicity and is of Australian nationality.

She has an English mother Simon Weaving while her mother Helena Bezzina is Maltese. Her father is a filmmaker and lecturer at the University of Newcastle in Newcastle, New South Wales. Further, he is the artistic director of the Canberra International Film Festival.

Likewise, her mother is an art therapist and teaches museum studies at the University of Newcastle. She also has an actress sister Morgan, nephew of Hugo Weaving. She was raised in Singapore, Fiji, Australia, and Indonesia before the family moved to  Canberra in 2005.

Regarding education, Samara enrolled in Canberra Girls Grammar School where she became drama captain. She got exposure to various school and theatre productions from the same.

Samara began her career in her home country, landing her first role in the series Out of the Blue (2008). After that, she landed as the main cast in the miniseries Picnic at Hanging Rock (2018), Hollywood (2020), and Nine Perfect Strangers (2021).

Weaving portrayed Heather, a recurring role in the first season of the series Ash vs Evil Dead (2015–2016). The latter got the leading role of Nelson Rose in SMILF in 2017 but didn’t continue in its second season.

Likewise, her feature films are Guns Akimbo (2019), Last Moment of Clarity (2020), and Bill & Ted Face the Music (2020), and a few are releasing this year in 2022. other than these, she has starred in films like Snake Eyes, The Babysitter: Killer Queen, Bill & Ted Face the Music, Last Moment of Clarity, Ready or Not, and others.

The estimated net worth of actress Weaving is $3 million, which she garnered from her successful acting career. Meanwhile, the wiki of her salary, luxuries, cars, brands are under update.

Weaving has maintained a healthy distance from unnecessary rumors and controversies down the line. Often, as a celebrity, it is difficult to do so but Samara is doing it great.