Who are the divorced parents of Sami Sheen?

The rising star, Sami Sheen is currently single and is more inclined toward her career. Rather, she is seen hanging out with her friends and sibling and sharing the photos with them on her social media accounts.

If she gets romantically linked with any guy in the future, we will update it.

Her mother, Denise Richards is the former-second wife of his father, Charlie Sheen. They exchanged marital vows on 15 June 2002.

Unfortunately, the duo decided to end their marriage due to personal reasons. In November 2006, the couple got officially divorced. 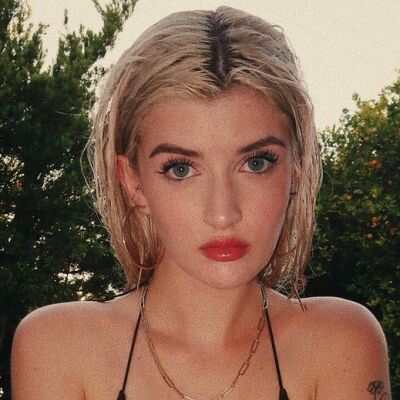 Who is Sami Sheen?

Firstly, she caught the attention of the media, after being the daughter of American actor, Charlie Sheen with his former wife, Denise Richards.

On June 13, 2022, she revealed that she has joined the OnlyFans. After which her father posted a status disclosing he is not happy with her decision and was seen blaming his former wife, Denise for it.

As per her academics, she is a graduate of one of the reputed colleges in LA. But, the name of the educational institution has not been revealed.

This star was born in Los Angeles, California, the United States on March 9, 2004. As of 2022, Sami Sheen is 18 years old, holding American nationality. She belongs to the Caucasian ethnicity. She has a star sign of Pisces.

Sheen was born Sam J. Estevez to her divorced parents. Her father, Charlie Sheen is an American movie and TV film actor while her mother, Denise Richards is also an actress, television personality, and former fashion model.

Talking about her siblings, she is the elder sister of, Lola Rose Sheen. Besides that, the young star also has two half-sisters named ‘Cassandra Sheen’ and ‘Eloise Joni Richards’.

Sami Sheen began to serve in the TV industry at a young age. In 2004, she played the role of Lisa’s daughter in the tv series, Two and a Half Men.

After that, she went on making small appearances in other shows like The Real Housewives of Beverly Hills, Denise Richards: It’s Complicated, VH1: All Access, and others. She was also spotted attending various award shows and functions with her family.

Moreover, Sheen has been featured in the magazine articles like People along with her family.

On June 13, 2022, through an Instagram post, she shares that now she has joined OnlyFans. But according to the social blade, her OnlyFans account was created on April 3, 2022. It is an adult industry, where people can buy or sell their original content.

However, her father, Charlie Sheen was found to be unhappy with her career choice. He even blamed his former wife, Denise for their daughter’s decision.

According to the sources, the rising star has an estimated net worth of around $1 million as of 2022. There is no info disclosed on the amount of salary she is paid.

She will definitely double the amount of wealth in the future through her hard work.

In 2021, the young teen created headlines when she posted a Tiktok video claiming that she was trapped in an abusive household while living with her mother.

After the short fight, sources claimed that Sami moved back with her mom soon.

Having a balanced slim body, Sami Sheen is 5 feet 1 inch tall weighing around 43 Kg. In addition, the star has a bust size of 29 inches, a waist size of 23 inches, and a hips size of 31 inches.

As we all know, Sami Sheen is a social media star. She is present on Instagram and Twitter with more than 79.4K and 6.2K followers.

Furthermore, she has a Tiktok account, which is enriched with over 80.3K followers and 1.4M likes.

Adding up more, She has joined OnlyFans and her account was created on April 3, 2022, according to the social blade.