Reflecting on the personal life of Samo Udrih, he is possibly single. There isn’t any information regarding his romantic relationship affairs. His personal life isn’t in the limelight as his career path is. 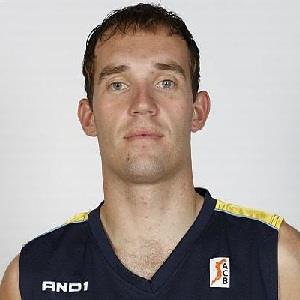 Who is Samo Udrih?

Tall and handsome Samo Udrih is a Slovenian well-known former professional basketball player. He is best known as the player for KK Celje of the Slovenian Second Basketball League. He plays from a shooting guard position.

Professional basketball player Samo Udrih was born in Celje, SR Slovenia on 2 August 1979. He is of Slovenian ethnicity and has a Slovenian nationality.

There isn’t much information about his early life and education.

In 2004, he returned back to the same team Hopsi Polzela where he began his career journey. In 2005, he played for Dallas Mavericks in the 2005 NBA Summer League. He again returned to Hopsi Polzela in 2009 after playing several games for different teams.

In his career journey, he has played for different teams. He mostly played for the Hopsi Polzela, from where he has started playing basketball professionally.

Samo is known as the player for KK Celje of the Slovenian Second Basketball League playing from shooting guard position. He joined Celje in 2016 and made his retirement in 2017. Now, he works as a basketball coach for KOŠ Primorska B and trains other players.

Samo Udrih: Salary and Net Worth

Samo Udrih has a height of 6 feet 4.75 inches. His body weighs 93kg. He has brown hair and blue eyes.