As Samuel Arnold has not shared any details about his girlfriend, he is possibly single. His current and past affairs are also unknown.

Unlike other celebrities, Samuel has not shared anything about his romantic life on his social media handle. 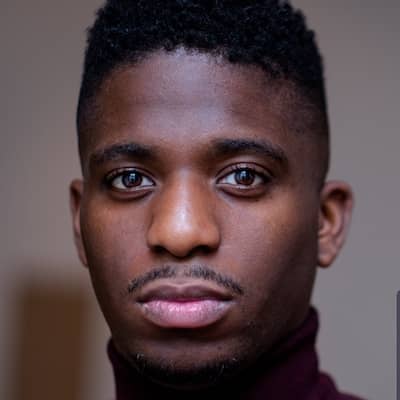 Who is Samuel Arnold?

He was born on 11 July 1995 in Paris, France. His father and his mother’s names are behind the curtain.

Arnold’s ethnic background is All-French. Talking about academics, he was in École Internationale de Création Audiovisuelle et de Réalisation from 2012 till 2013.

Although Samuel Arnold was interested in acting fr0m a very young age, he started his career as a dancer. Then in 2016, he debuted in acting via a TV movie, Tuer un Homme as Rufin.

Then in 2018, he was seen as Supernumeraries in National Theatre Live: Antony & Cleopatra. He also played the role of Graffeur in Platane in 2019.

But his fame is associated with a comedy-drama series, Emily in Paris. In this, he played the role of Julien. The other cast members are Lily Collins, Philippine Leroy-Beaulieu, Ashley Park, and more.

He has earned an estimated net worth of $500k at present. The average salary received by him is unknown.

This star actor is keeping himself away from any desperate scandals.

Regarding Samuel Arnold’s body features his height is 5 ft 10 inches and his body weight is 74 kg. In addition, he has black-colored eyes plus his hair is also black.

Samuel is available on social sites. He has more than 139k and 58 followers on Instagram and Twitter respectively.