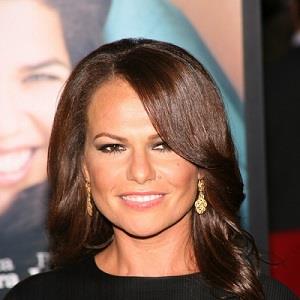 Who is Sanaa Hamri dating?

Sanaa Hamri has kept her personal life private and out of the spotlight.

She usually doesn’t talk about her private life in media and in public. She hasn’t mentioned her affairs publically and has managed to keep it low profile.

There is no record of her marriage and divorce till now. She has not clarified about her married life, affair, boyfriend, and spouse till the present time.

Who is Sanaa Hamri?

She became popular as a music video editor and director. She is best known as the director of the American romantic drama film Something New (2006).

Sanaa Hamri was born on November 15, 1974, in Tangier, Morocco. Her nationality is Moroccan-American and she is of Moroccan ethnicity.

She is the daughter of a Muslim father, Mohammed Hamri, and a Jewish American mother Blanche Hamri. Her father was a painter and author and her mother was a teacher. Her parents were part of the creative community in Morocco.

She attended the American School of Tangier, where her mother worked. Sanna won a scholarship in 1992 to attend Sarah Lawrence College in Bronxville, New York.

In college, she studied theatre arts. Hamri spent her junior year of college in Paris. After college, she moved to New York City to pursue her career in the acting field.

Sanna has been an active member of the industry since 2000. She struggled through auditions and unemployment before she decided to try working on the production side of the business. Shortly, she began making videos.

She worked as an editor of music videos for several companies. She directed a video, “Super Bass” for Nicki Minaj which has more than 600 million views on YouTube. She began working on her first film, Something New, a romantic comedy in March 2005. Her second film as director was 2008’s The Sisterhood of the Traveling Pants 2. She has directed several films and music videos.

Hamri has directed multiple episodes of Nashville, Shameless, Elementary, Desperate Housewives, Greys Anatomy, and Men in Trees. She has been a successful director and video editor in her career.

Sanaa Hamri: Salary and Net Worth

Hamri earns a decent salary but is not disclosed in exact figures as of 2022, while her estimated net worth is $1 million.

Currently, there are no desperate rumors regarding Sanaa Hamri’s personal and professional life. It seems she is doing her best job without harming others and has been a straight person in her life, for which she has not been in any controversy yet.

Sanaa has a height of 5 feet 7 inches. her hair color and eye color are brown. Other information on her body measurement like weight, bra size, shoe size, etc. is unknown.

Also get to know more about the birth facts, education, career, net worth, rumors, height, and social media of different personalities like Randall Emmett, Seth Green, and Neil Burger.