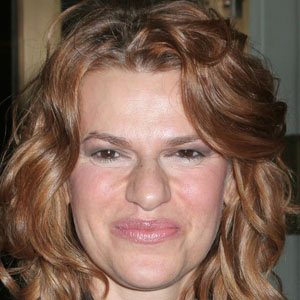 When you're constantly looking for things from other people, you're not looking within yourself.

Everybody has their own way of tapping into their realness.

Sandra Bernhard is bisexual and has a relationship. She is dating a woman named Sara Switzer who is an editor and a scriptwriter and has worked for publications such as Vanity Fair and Harper’s Bazaar. The pair has been together since 2000/2001 and their relationship is still growing.

She has given birth to a daughter Cicely Yasin Bernhard on July 4, 1998. She refuses to reveal the name of the child’s father. Hope, his name will be revealed soon.

Who is Sandra Bernhard?

Sandra Bernhard is an American actress, singer, comedian, and author who is best known for her standup comedy. Sandra often bitterly critiqued celebrity culture and political figures. In addition, she is widely recognized for her role od Nancy Barlett Thomas on the ABC sitcom ‘Roseanne’ from the fourth season to the end of the show from 1991 to 1997.

She was born on June 6, 1955, in Flint, Michigan, USA. She is currently 63 years old. Her father’s name is Jerome Bernhard and her mother’s name is Jeanette. Her father is a proctologist and her parents raised her as a Conservative Jew. She was raised along with three brothers: Dan, David, and Mark.

At the age of 10, her family shifted to Arizona. Her parents wanted her to become a dentist but she had a sense of humor and wanted to become a performer. Then, she moved to Tinseltown to pursue a career in show business.

Sandra holds American citizenship and her ethnicity is Ashkenazi Jewish.

She joined Saguaro High School in Scottsdale and graduated from 1973.

She worked as a manicurist and performed at small clubs located in Beverly Hills. After that, she began working in a popular comedy club in West Hollywood and became a fan favorite.

After seeing her performances, she earned a supporting role on the NBC comedy show, ‘The Richard Pryor Show’ in 1977. Sandra appeared in her one-woman shows, ‘I’m Your Woman’ and in ‘Without You I’m Nothing, With You I’m Not Much Better’.

Then, she made her appearances in movies and shows such as ‘The Larry Sanders Show’, ‘The Sopranos’, ‘Two Broke Girls’, ‘Playing Mona Lisa’, ‘The House of God’, and many more.

She is also an accomplished singer and musician. Her singles, albums, and compilations include ‘Excuses for Bad Behaviour’, ‘I’m Your Woman’, and ‘Whatever It Takes’.

People have made several speculations regarding her sexual orientation and one cannot really say that she is gay as she refuses to define her own sexuality.

Sandra Bernhard has a height of 5 ft. 10 inches and she has dark brown eyes and light brown hair. Her weight is 55 kg and wears a bra size of 32B.