Sandra Bullock is an Oscar winning American actress. Sandra is in a relationship with a photographer Bryan Randall.

Sandra Bullock was married to Jesse James in 2005. She adopted a son namely Louis Bardo Bullock.

Jesse had been cheating on her so they decided to get divorced in 2010.

At present, she is dating a guy named Bryan Randall. He is a photographer and they started to see each other from 2015.

In the same year, Sandra has adopted a second child. Her name is Laila. 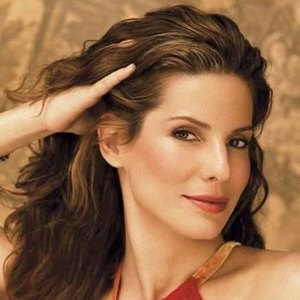 I want to do it the right way

I used to be an optimist, but now I know that nothing is going to turn out as I expect.

Who is Sandra Bullock?

Sandra Bullock is an American actress, producer, and philanthropist. She is well known as Sandra Annette Bullock. She is also known for her thriller role “Hangmen” (1987).

Her father is a former Army’s Military Postal Service in Europe. He met his mother while he was posted in Nuremberg. Also, her mother was from an Army background. Her parents later married in Germany.

She has a sibling Gesine Bullock-Prado. Her sister Gesine is a president of Bullock’s production company Fortis Films.

Talking about her professional, during her initial days as an actress Sandra Bullock appeared in a number of student films. She acted in a stage production of ‘No Time Flat’. Similarly, her first film role, where she appeared as Lisa Edwards in the 1987 film ‘Hangmen’ which revolves around the assassination of a U.S. Senator and its aftermath.

In, 1996, she also appeared in a film adaptation of John Grisham’s novel, ‘A Time to Kill’ which also had Kevin Spacey, Samuel Jackson, and Oliver Platt in its star cast. Likewise, she reprised the role of Annie Porter in ‘Speed 2: Cruise Control’ in 1997 which was the sequel of ‘Speed’.

Moreover, she also appeared as Gracie Hart in the 2000 comedy film, ‘Miss Congeniality’ in which her character, an FBI Special Agent participates in a beauty pageant in spite of being a complete tomboy. The movie was a commercial success.

Whereas, she was part of the ensemble cast of the crime drama film, ‘Crash’ in 2004. Similarly, during 2009, she played a very important role in the sports drama ‘The Blind Side’ which was about the story of Michael Oher.

Lastly, she also appeared in ‘The Heat’ in 2013 which is a buddy cop comedy film. She plays FBI Special Agent Sarah Ashburn who is teamed up with Boston Detective Shannon Mullins, played by Mellissa McCarthy.

Talking about her lifetime achievements and awards, she won Academy Awards for the Best Actress in 2010 for her role as “Leigh Anne Tuohy” in the movie ‘The Blind Side’.

Likewise, in the same year, she won Golden Globe Awards, for Best Performance by an Actress in a Motion Picture Drama for the same performance.

On talking about her salary and net worth she earns a decent amount of salary but her net worth is around $200 million as of 2022.

There was a rumor that she has undergone plastic surgery—explaining that she hasn’t had fillers, but that her face was “swollen” due to her suffering from allergies.

Talking about his body measurement, Sandra Bullock has a height of 5 feet 7 inches. Additionally, she weighs is 54 Kg.

Furthermore, she has a measurement of 34-24-34 inches respectively. In addition, his hair color is dark brown and his eye color is brown. She has a scar right above her left eye which was due to an accident during childhood.

Everything you need to know about the strong and long-term friendship of actresses Jennifer Aniston and Sandra Bullock!

Sandra Bullock’s stalker Joshua Corbett kills himself after a five-hour stand-off with the police!