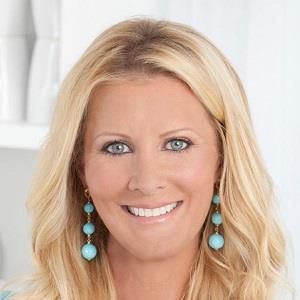 Baking cookies is comforting, and cookies are the sweetest little bit of comfort food. They are very bite-sized and personal.

'm an activist for gay marriage equality and children's rights. I'm the face of Share Our Strength.

My brand is a demography-breaker. It speaks to all homemakers and women from all walks of life and all across society.

What is the relationship of Sandra Lee (Chef)?

Sandra Lee is engaged to fiancé Ben Youcef. She is 13 years younger than her fiance Ben. They started dating in March 2021.

Ben Youcef is wearing a ring on his wedding finger as a sign of their commitment while their wedding plan is on which their nearest friends confirm.

She was previously married to KB Home CEO and philanthropist Bruce Karatz. The marriage lasted from 6 October 2001 to 2007.

Also, she was in a relationship with politician Andrew Cuomo. They began dating in the fall of 2005. She does not have children from any of her relationships. However, they broke up.

Who is Sandra Lee?

People mostly know her or her ‘Semi-Homemade’ cooking concept. Currently, she is in a relationship with the future Governor of New York, Andrew Cuomo.

Lee was born in Santa Monica, California on July 3, 1966, to parents Vicky and Wayne Christiansen.

She had a rough childhood and after a beating by her mother, she moved in with her boyfriend, Duane. Later, she lived with her father and his girlfriend after moving to Wisconsin.

She is of American nationality. Additionally, her ethnic background is Caucasian.

Talking about her education, Lee completed her primary education at Onalaska High School in Onalaska, Wisconsin.

Later, she attended the University of Wisconsin-La Crosse. Additionally, she also attended the Le Cordon Bleu in Ottawa, Ontario, Canada.

Lee initially created a home-decorating tool called ‘Sandra Lee Kraft Kurtains’. Next, she was hired by the home-shopping network QVC.

Her show, ‘Semi-Homemade Cooking with Sandra Lee’ premiered in 2003 on the Food Network. Furthermore, in her second series, ‘m an activist for gay marriage equality and children’s rights. I’m the face of Share Our Strength. aired on May 10, 2009.

Lee is also a successful author. To date, she has released 25 books which include ‘Sandra Lee Semi-Homemade: Cool Kids Cooking’ and ‘Made From Scratch’ among others. In addition, she also started a new monthly lifestyle magazine in 2012.

Additionally, Lee also has two credits as a producer and 1 credit as a writer. She was diagnosed with early-stage breast cancer in 2015. However, she has been cancer-free since 2016.

Lee won the Daytime Emmy Award in the category of Outstanding Lifestyle/Culinary Host for Semi-Homemade Cooking in 2012. Furthermore, she was also nominated for the same award in 2009.

Lee has not revealed her current salary. However, she has an estimated net worth of around $20 million at present.

Numerous times, her recipe and television series have been involved in controversies over the years.

What are the body stats of Sandra Lee ?

Talking about her body measurement, Lee has a height of 5 feet 4 inches.