Sandrine Holt is currently divorced and is possibly single. Her current affair and boyfriend’s details are not disclosed.

Previously, she was married to Travis Huff in the year 2004. Her ex-husband is a rock producer/engineer and their divorce was finalized on 4 March 2011.

Together this ex-couple has a child. Their daughter’s name is Nicolette Huff. 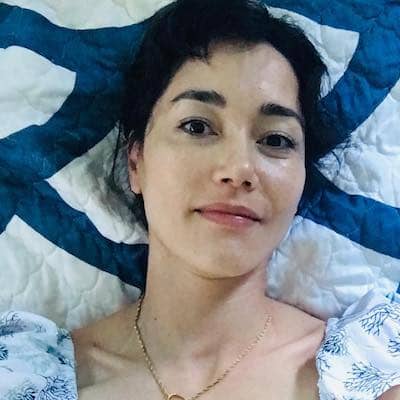 It's difficult because usually when they cast things, the main characters are Caucasian in absolutely almost every situation.

Who is Sandrine Holt?

In 2020, she was seen in eight episodes of a TV series, The Expanse as Oksana.

She was born as Sandrine Ho on 19 Nov 1972 in London, England, UK. The name of her father is Man Shun and her mother’s name is Christiane née Nicolette.

Sandrine’s ancestry is French-Asian and has a younger sister Adrianne Ho (model and designer).

Talking about her academics, she has attended St. Joseph’s Morrow Park Catholic Secondary School and the University of London.

From there, she received two degrees in B.Sc Physics and Applied Mathematics and M.Sc Computer Science.

Sandrine Holt was first seen in a TV series titled Friday the 13th: The Series in 1989. Then she has seen in movies like Black Robe, Gunslinger’s Revenge, Century Hotel, Sam’s Lake, and more.

From 2016-17, Sandrine played the role of Patricia Thornton in the action-adventure series MacGyver. Her other notable small-screen roles are,

At present, her estimated net worth is around $4 million as of 2022. However, her salary and other earnings are unknown.

This The Expanse’s actress is keeping herself away from rumors at present.

Regarding Sandrine Holt’s body features, her height is 5 ft 10 inches and her body weight is 62 kg. Moreover, her eyes are brown with black hair.

Her body stats are 35-25-37 inches but her shoe and her dress size are unknown.