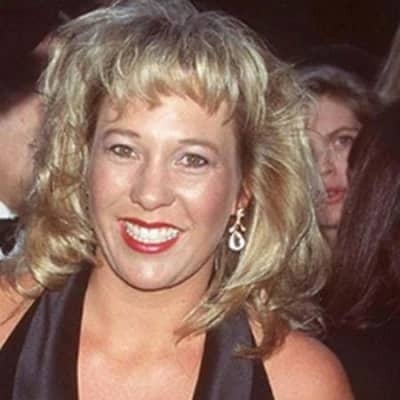 Sandy Mahl was married to the country music legend, Garth Brooks. They married each other on May 24, 1986. Eventually, she left Oklahoma to live with Garth in Nashville, Tennessee.

They met for the first time at a club fight. Sandy was involved in a full-fledged fight in the women’s restroom at Tumbleweed Ballroom in Stillwater, Oklahoma. Garth was a bouncer at that time and was the one who broke off the fight.

They together had three lovely daughters, namely Taylor Mayne Pearl Brooks, August Anna Brooks, and Allie Colleen Brooks. However, they parted ways after 15 years of marriage in 2001 due to personal problems. Sandy is currently single and a grandmother of Gwendolyn and Karalynn.

Who is Sandy Mahl?

Sandy Mahl is a businesswoman, songwriter, and Vice-President, and Co-Founder of the Wild Heart Ranch in Rogers County, Oklahoma. Likewise, she came into the limelight for being the then-wife of the country music legend, Garth Brooks.

Sandy Mahl was born on January 16, 1965, in Tulsa, Oklahoma, the United States of America. As we can tell, she is 56 years old currently.

She was born to her mother, Pat Mahl, and father, John Mahl. As she has a secretive nature, she hasn’t disclosed her personal information much. However, she grew up with her sister, Debbie Mahl in Tulsa. Mahl was diagnosed with breast cancer in 2006. However, she overcame the deadly disease.

She holds an American Nationality. Her birth sign is Capricorn.

Sandy completed her high school studies in a local school in Tulsa. After that, she attended the Oklahoma State University in Stillwater.

Sandy drew the media attention and came into highlight after getting married to the country music legend, Garth Brooks. However, she is more than an ex-wife of the celebrity. She is the writer of the songs ‘I’ve Got A Good Thing Going’ and ‘That Summer.’

Moreover, she is very passionate about wildlife activities. Sandy serves as the Vice-President and Co-Founder of the Wild Heart Ranch situated in Rogers County, Oklahoma.

It is difficult to determine her income and earnings because there is no information on her at all but she shared a huge fortune with her then-husband, Garth Brooks. Garth Paid her $125 million for their divorce settlement.

Garth Brooks has an estimated net worth of $400M from his profession. Superstar currently earns more than $90M annually.

Sandy is a very private person. Therefore, there are no rumors and Controversies about her.

Sandy naturally has a tall height structure of 5 feet 5 inches and a good body shape with an average weight of 56kg. She has charming brown eyes and blonde hair with a white skin tone. She follows her diet and workout plans strictly.