Sandy Rios is a social activist and columnist. Sandy Rios is married to Bruce, Sandy and Bruce have two children

Sandy Rios is married to Bruce. He is a former FBI agent.

Sandy and Bruce have two children. Her son is a writer and a paster and has three children.

Her daughter, Sasha died in 2009. She was differently able by birth. 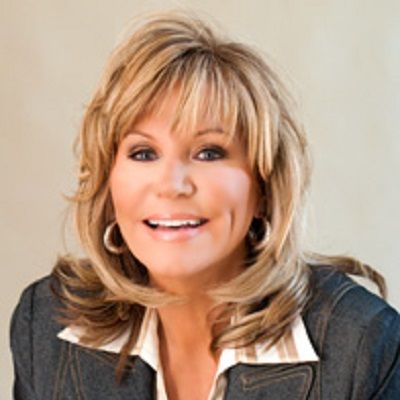 Who is Sandy Rios?

American Sandy Rios is a social activist and columnist. Sandy Rios is renown as the director of Governmental Affairs for the American Family Association.

She is also recognized as the host of the talk radio show, Sandy Rios in the Morning on AFR Talk.

Last, on the 12th of December 2019, she talked about President Trump Signs Antisemitism Executive Order on the show.

Sandy Rios was born in 1949 in Carmi, Illinois, United States. She is of Galician-Spanish ethnicity.

She completed her school from her hometown.

-2001, Rios joined the women’s activist group, Concerned Women for America as the president. Through the organization, she dealt with issues like abortion, same-sex marriage, and sexual exploitation.

– 2004, became the president of the cultural campaign and still with the campaign.

She also served as the chairperson for the  North Korean Freedom Coalition. For the organization, she performed investigation work in countries like China, Vietnam, North Korea, Thailand, Cambodia, the Soviet Union, and India.

-1993, she started hosting the afternoon talk show, WYLL in Chicago, Illinois for 8 years. Later, in January 2007, she rejoined as a WYLL afternoon host. However, in July 2010, she left the show again.

-2005, she joined as Fox News Channel as a contributor. She defended religious freedom and analyzed presidential candidates. Apart from this, she has debated with journalists like Megyn Kelly, Bill O’Reilly, and Sean Hannity in serious national issues.

-In January 2011, she started her radio show, Sandy Rios in the Morning as the host.

-Besides the radio shows, she has made multiple appearances in the channels like ABC, CNN, NBC, and CBS as the guest host.

She is a regular columnist for the news sources like Breitbart, The Daily Caller, RealClear Politics, and Townhall.

The first column for the website Townhall was 2010- Texas and the Textbook Alamo. On the 1st August 2015, the last article 2014- Clean In Mississippi was published.

-2010, Radio Personality of the Year by The National Religious Broadcasters.

-Angle Awards for her social works.

In 2015, Sandy was lashed on her facebook page due to her statement in the 2015 Philadelphia train derailment incident. She stated that the possible reason for the crush is the sexual orientation of an AMTRAK engineer on duty.

-Before TV and Radio, she was a professional musician and singer.

Rios has an estimated net worth of $3.2 million US. She has an apartment in Washington.

Her average salary as a channel contributor is $71k US. As a radio host, her earnings are $50k US.