Sanni McCandless is a Life & Transition Coach. Sanni is married to her boyfriend.

Sanni McCandless is married to Alex Honnold. Her husband Alex is a celebrity athlete, climber, and actor. The couple got engaged in December 2019. He proposed to her on Christmas Day.

Alex is famous for climbing 3000 feet in Yosemite without any safety equipment. This couple shared a picture on Instagram after Sanni accepted Honnold’s marriage proposal. 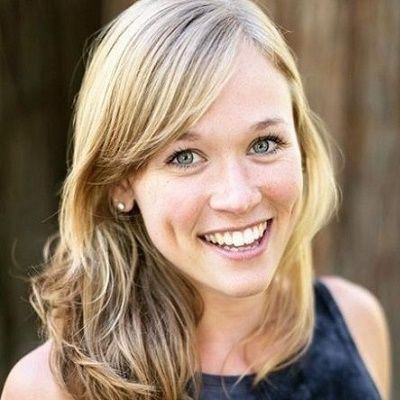 There are endless job and lifestyle templates, you should be picking the one that's right for you.

Who is Sanni McCandless?

Sanni McCandless is an American transition and life coach, and entrepreneur. She is best known for her mentorship programs and her relationship with famous rock climber Alex Honnold.

Sanni is 27 years old. This entrepreneur was born Cassandra McCandless on June 30, 1992, in Washington DC, the United States. Her father’s name is Jay and her mother’s name is Leslie Marijke.

They own a company called Suncastle Microwave LLC. in Alpine, California. Both her parents are graduates of the University of California, Los Angeles.

She has a sister named Jaime Marijke. Sanni and she belong to Irish descent.

This coach graduated high school from East Chapel Hill High School in 2010. She graduated with a bachelor’s degree in Psychology and a minor in Spanish from the University of North Caroline in 2014.

Sanni McCandless has worked for several organizations. She worked as a nanny for the Durate family for four years. This coach also served as a business manager of Cadence All-Female A Cappella for about ten months. She spent two months working as a hospitality assistant in WorkAway in Spain in 2014.

The same year, she moved to EnergySavvy as the company’s event and marketing coordinator. Later, she quit her job and started traveling around the globe. This was the time when Sanni decided to pursue a career as a life coach.

As a certified coach, McCandless help many peoples achieve their goal, feel satisfied, and overcome their fears and doubts. She believes that anyone can establish where they would like to be in the future.

Besides being a life coach, She is the founder of Outward. It is an event series that provides people with the tools and space they need to excel in life. Likely, she also runs a blog Thirty Five Degrees West, where she writes about her adventures and thoughts in the outdoor industry.

There is no rumor and scandal about this coach. Meanwhile, she has managed to keep herself out of any rumors and controversy. She is doing great in her career.

Sanni McCandless stands with a height of 5 feet 6 inches and weighs 57 kg.

Likely, she has brown hair and blue eyes. Furthermore, her body measurements are  34-24-35 inches.

Similarly, she has her own website named Sanni McCandless Coaching.