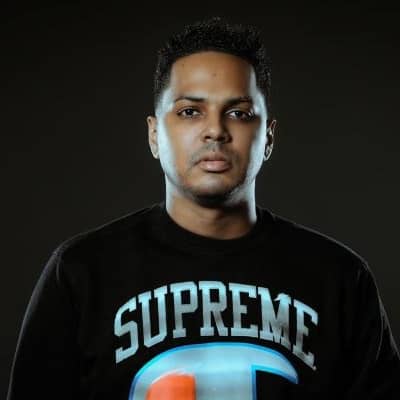 Matias is probably single. He may have a girlfriend however he hasn’t reveal it. Santiago hasn’t opened up about his love life and personal life.

Who is Santiago Matias?

Santiago Matias is a Dominican radio host, record producer, celebrity interviewer, and businessman. He is best known for the Alofoke music group who helped take Dominican music to another level.

This music star was born on December 5, 1981, in the Dominican Republic. There is no information about her family and siblings. However, as per other media sources, he was born when his mother was only 15 years old. He was raised by his grandmother and his aunt.

Matias belongs to the Spanish ethnicity. He has study English and has done computer courses.

Matias has become a very successful Youtuber. His Youtube channel Alofokeradioshow has more than 2.74 million subscribers.

Matias started recording rap songs from a young age. However, he professionally started his career in 2000 as the backing vocal for famous Dominican rapper Vakero. He started a music group AlofokeMusic to cover Urbano music. Similarly, He has broadcast on various power FM a radio talk show with Urban artists.

He has brown eyes with black hair.

Similarly, His height is 5 feet 9 inches, his weight is 62 kg. His body measurement is unknown.

Up to this date, Matias has not been involved in any rumors or controversy. This star has managed to maintain his personal life in a private way.