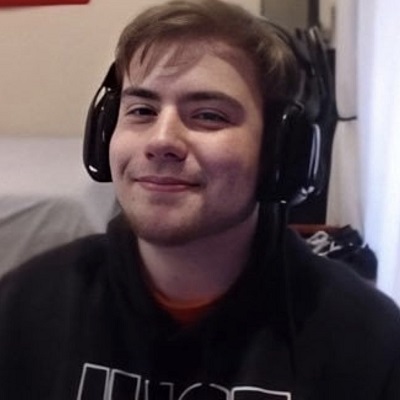 I have school tomorrow, dude.

Sapnap’s current relationship status is possibly single. Till date, he has not introduced anybody as his girlfriend, lover, and partner.

Also, he has not shared any details on his details previous relationship and dating history.

American Sapnap is an uprising YouTuber and Gamer. He is renowned for his Minecraft YouTube videos that went viral on the web.

Nicholas “Nick” aka Sapnap was born on the 1st of March 2001 in the United States. He is birth name is Nick Armstrong. He is of British-Irish-Scottish ethnicity. As of 2020, he is 19 years old. Also, his zodiac sign is Pisces. He has two younger sisters.

Till date, he has not shared any details on his parents. Also, his academics profile is behind the curtains.

Where did Sapnap come from?

He started his YouTube career with the self-titled YouTube channel on the 18th of July 2019. The channel is based on his Minecraft games.

Moving forward, on the 20th of October 2019, he uploaded his first video, Minecraft, But its raining Cats and Dogs… The video earned the 448.9k views in no time.

After that, he started collaborating with the YouTubers like Dream, GeogreNotFound, and BadBoyHalo. On the 24th of February 2020, he collaborated with Dream and made the video, Minecraft Speedrunner VS Full Diamond Juggernaut that earned more than 12.2 million views. Such collaboration helped to boost his YouTube channel.

Till the date, he has only uploaded 6 videos. However, he was earned more than 17.1 million views accumulated on the channel with 1.24 million subscribers.

As per the social blade, his YouTube channel around 400 Thousand subscribers with more than 8 million views within the time interval 20th of August 2020 to September.

Recently, on the 1st of August 2020, he launched his second YouTube channel with the name, SapnapLIVE with 43.3k subscribers. Besides YouTube, he is also popular for streaming in Twitch too.

He has brown eyes with brunette hair. He stands at a height of 5 feet 10 inches and has a decent weight of 58 kg.

Till the date, he has not been part of any sort of controversy and scandals that created headlines in the media. Besides that, he has managed to maintain a distance from any type of rumors.

This YouTuber is active on Twitter with over 440.4k followers. Also, he has 392 followers on Facebook and over 460.7k on Twitch.

You may also read the bio of Kate Elizabeth, Rosa van Iterson, and Bri Martinez.