They started dating in December 2008 and continued dating until 2010. But, it was an on-again, off-again kind of relationship. 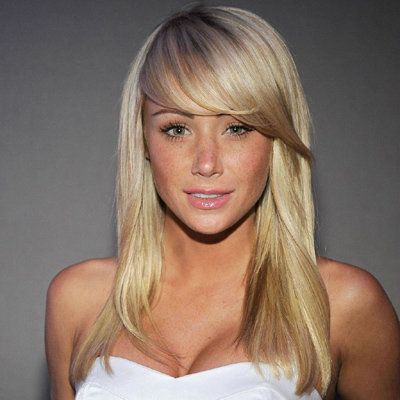 Who is Sara Jean Underwood?

Starting her career as a sales assistant as well as a waitress, Underwood joined the modeling world in 2005 and has since created quite some ripples. Likely, she is a former host of Attack of the Show! on G4.

Sara Jean Underwood was born in  Portland, Oregon, the United States on March 26, 1984, and she is currently 35 years old.

Her father’s name is unknown and her mother’s name is Kathy Underwood. Unfortunately, there is not much information about her and her family.

There is no information about her siblings. Sara holds American citizenship, but her ethnicity is unknown. Her birth sign is Aries.

Talking about Sara’s education history, she graduated from Scappoose High School in Scappoose, Oregon in 2002. Then, she has been a student at Oregon State University and Portland State University.

Talking about her profession, Sara first appeared as the cover girl of the Playboy magazine in October 2005. She also appeared in its ‘Girls of the Pac-10’ pictorial.

In the following year, she again appeared in the same magazine. After that, the blonde model did a reality series ‘The Girls Next Door.

This series brought her considerable fame and soon the big screen offered her the film Epic Movie’. After appearing in the 2008 comedy ‘House Bunny’, Underwood did three films in 2009 namely, ‘Two Million Stupid Women’, ‘Miss March’, and ‘The Telling’. In the same year, she also worked as a presenter in ‘Attack of the Show’.

Then, two years later, she became a substitute host of ‘The Feed’. In 2013, the actress was cast in a major role in the thriller flick ‘Deadly Weekend’ (‘Zellwood’).

All these contributions made by Underwood to the modeling world, big screen, and small screen brought her lots of name and fame.

Moreover, Sara appeared as a guest star on MTV’s reality show ‘Ridiculousness’ (season 2). She also did advertisements for VictoryPoker.net and played in the charity poker tournaments conducted by them.

In the year 2008, ‘Playboy’ gave her the ‘25th’ rank on its list of ’25 Hottest Playboy Celebrities. Sarah cleared the first stage in the 8th Kunoichi competition in Japan (In the U.S, known as Women of Ninja Warrior) but failed in the second stage.

Sara Jean Underwood has an estimated net worth of around $5 million as of 2022 and she has earned that sum of money from her professional career.

She appeared in Carl’s Jr. and Hardee’s commercial for Memphis BBQ Thickburger with Emily Ratajkowski in 2012. Also, she has appeared in lot many infomercials for Kevin Trudeau’s books.

Sara was rumored to have had a fling with television personality Kevin Pereira in the past. Currently, she is far from rumors and controversies.

Sara’s hair color is brunette and her eyes color is green. Furthermore, her dress size is 0-2 (US) and her shoe size is 5 (US).