Updated On January 30, 2023 | Published By: Smriti Sharma
Share this
In Relation 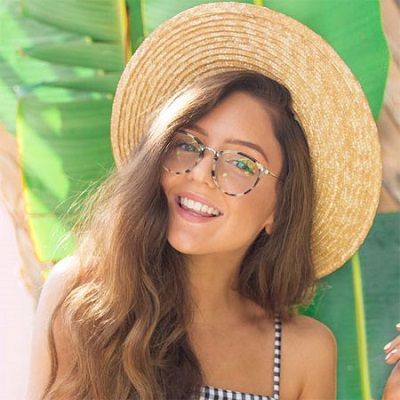 Real friends hype you up, they don’t drag you down.

What is the relationship of Sarah Betts?

Sarah Betts is dating Youtube Star, Kate Foster with whom she usually posts collaborative videos on their Youtube channel. They started dating in early 2014.

Despite being her 4th boyfriend in total, Sarah said this was her 1st serious relationship. Kane sent her a message first but was also talking to another girl at the time.

When Sarah found out, she got very angry and Kane broke it off with the other girl and focused his attention only on her. Self-admittedly, Sarah is the one that cusses more in their relationship and is always the one that overreacts and causes small fights.

Besides saying that they had no plans to get married anytime soon, Sarah claimed that picking an expensive ring or having a ring at all matters very little to her.

Both Kane and she share the same opinion that love is all they needed, as they aren’t too conventional as a couple. If they were to get married, they would rather elope to Las Vegas, Nevada, and get married in secret.

Who is Sarah Betts?

Sarah Betts is an Australian social-media influencer. She posts beauty-related content on her self-titled ‘YouTube channel, where she enjoys posting morning and night routine videos as well as tips and tricks for hairstyles.

Details about her father, mother, ancestry, and academics are not disclosed.

The interesting fact about Sarah is, that she keeps her things in proper order and often checks them. She is a total hygienic person and usually ends up flossing her teeth more than twice a day.

Sarah Betts has always been a beauty enthusiast. She loves makeup and clothes. In an attempt to turn her passion into her job, Sarah stepped into the world of social media. She soon created her self-titled ‘YouTube channel, which features her beauty-related content.

Sarah’s channel soon grabbed her viewers’ attention. She is blessed with flawless skin, and her luscious tresses are any girl’s dream. Sarah has created many videos that show her talking about natural remedies to achieve Goddess-like hair and skin.

She has shared her struggle with acute acne and has suggested remedies to treat acne. She has also promoted the importance of self-love among her fans. Sarah, who is an expert in hairstyling, has emerged as an “angel” to school- and college-going girls.

She has created a number of tutorials on easy and fast hairdos. Sarah’s channel also contains videos that are not related to beauty. She uploaded a video called, My Morning Routine For School! Back to School in August 2016.

Sarah has discussed her workout routine and fitness tips and tricks on her YouTube channel from time to time. Sarah also recommends yoga, pilates, and bodyweight cardio such as jogging/running, dancing, and hiking.

When it comes to her legs/booty, she does lunges, donkey kicks, calf raises, and bodyweight squats.

She has an estimated net worth of around $1 million as of 2023. But her salary is not disclosed.

How tall is Sarah Betts?

Sarah Betts has dark brown hair and blue eyes. She has a height of 5 feet 4 inches and weighs 53Kg.

Also get to know more about Tessa Netting, Devenity Perkins, and Marina Joyce.