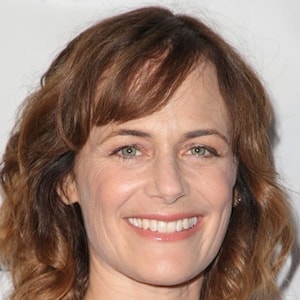 I do Pilates two to three times a week if I'm lucky. Usually just two.

Being a mother of two myself - and two small girls - I think that single parenting is hard.

Sarah Clarke is a married woman. She has been married to Xander Berkeley since September 2002. The couple met the very first time on the set of ‘24’ and they dated for a year before they tied their knot.

The couple has welcomed two daughters: Olwyn Harper (born on September 23, 2006) and Rowan (born March 30, 2010). The family is living together and they are spending quality time with each other.

Who is Sarah Clarke?

Sarah Clarke is an American actress who is best known for her role as Nina Myers on ‘24’. She is also widely recognized for her role as Renne Dwyer in the film ‘Twilight’ released in  2008. She is currently portraying the role of Eleanor Wish in Amazon Studio’s police procedural drama ‘Bosch’.

She was born on February 16, 1972, in St. Louise, Missouri, USA. Her birth name is Sarah Lively Clarke and she is currently 47 years old. Her father’s name is Ernest Clarke(an engineer) and her mother’s name is Carolyn(a homemaker). She has got a younger and an older brother.

Sarah holds American citizenship and her ethnicity is a mix of German and English.

She attended John Burroughs School in St. Louis, Missouri and later joined Indiana University where she studied Fine Arts and Italian. She became a member of the Kappa Alpha Theta sorority during her university period and she was initiated into the Beta chapter in 1990.

Furthermore, she studied in Bologna, Italy and she became interested in acting. Then, she returned to the USA and began studying architectural photography and then studied acting at Center in the Square Theater School, Axis Theater Company, and The Willow Cabin Theater Company.

She began her career in a 1999 award-winning commercial for Volkswagen and followed the role in the short film ‘Pas de deux’ in 2000. Later, she appeared in the films ‘All About George’ and ‘The Accident’.

Sarah Clarke has portrayed the guest roles in ‘House’ and ‘Life’. Also, she portrayed the role of Renee Dwyer, Bella Swan’s mother, in the film ‘Twilight’ and accepted the leading role on the new TNT series ‘Trust Me’.

She won Golden Satellite Award in the category Best Supporting in a Supporting Role in a Series, Drama for ‘24’ in 2003 and nominated for the same category in the same year for Screen Actors Guild Award.

She has been successful in keeping herself away from rumors and controversies in her career.