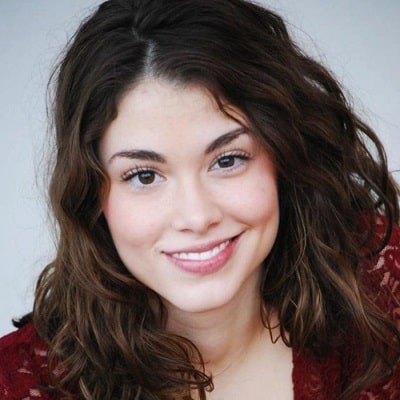 Sarah Davenport is currently living her single life. Previously, she dated a medical student named Kevin Milligan. The pair began dating in 2016 and used to share many pictures of together.

Her last picture with him was posted on her social media account was on March 2017. So, after that, they might have got separated. Apart from that, she has not been linked to anyone.

Who is Sarah Davenport?

Sarah Davenport is an internationally recognized American actress who is recognized for her performance in ‘Stitchers’ as Ivy Brown.

She was born on 21st February 1994, in Atlanta, Georgia, the United States of America. Sarah was born to John Russell Davenport (father) and Melisa Davenport (mother). She has a brother named Josh Davenport.

Davenport holds American citizenship but her ethnicity is unknown.

She joined the University of Cincinnati College in Ohio from which she graduated with a degree of Conservatory of Music. After that, she joined Cambridge University and achieved her BA degree with majors in History.

At the age of 12, she began auditioning for professional roles and finally got the opportunity to appear in the television crime drama ‘Stitchers’. In the series, she made her appearances as Ivy Brown and got international recognition.

Her performance in the series helped her to step into other movies. After that, she got the opportunity to make her appearance in films such as ‘The Hatred’ and ‘Babysnatch’.

Moreover, she made her appearance in the television movie called ‘The Bachelor Next Door’. Apart from that, her other notable appearances include in ‘Little Woman’ (2018), ‘Deadly Detention’, ‘Dusk’, ‘A Neighbour’s Obsession’, ‘Barely Alive’, ‘Car 86 The Donors’, and other many more.

The multi-talented actress might have accumulated a decent sum of money from her professional career however, she has not revealed her exact net worth, salary, and income.

Sarah likes to keep her profile high and has not been involved in any rumors and controversies in her personal and professional life.