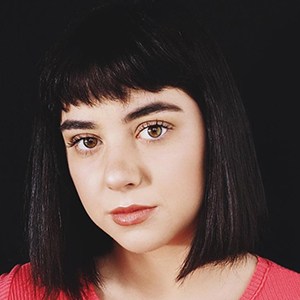 What is the relationship of Sarah Gilman?

Sarah Gilman is currently single. Though she is rumored to be in a relationship with her costar Bradley Steven Perry, it is not confirmed yet. She might be busy in her career and searching for the perfect one.

Who is Sarah Gilman?

Sarah Gilman is an American actress and assistant director who is best known for her role as Delia in the Dinsey Channel series ‘I Didn’t Do It’. She is also famous for her work in ‘Last Man Standing’ in 2011, ‘Daphne & Velma’ in 2018, and ‘Foursome’ in 2016.

She was born on January 18, 1996, in Los Angeles, California, USA. She is currently 26 years old. Her birth name is Sarah Baldwin Gilman. She has got a sister named Anna. Information regarding Sarah’s parents is not available.

She is an animal lover and has two pugs, four cats, two turtles, and a parakeet in her house.

She attended Flintridge Preparatory School and graduated with honors and also received the Advanced Placement Scholar designation. She used to play a variety of school sports teams like basketball, water polo, volleyball, soccer, softball, etc. She was the only girl in school to complete the intense training needed to play on the Boys Junior Varsity Football team.

Then, she graduated from high school on June 1, 2014, and studied film production, screenwriting, and theatre at the University of Southern California in the fall of 2014.

She had a passion for acting at an early age. Her parents recognized her talent and encouraged her to develop her acting skills. Then, she started to play small roles in theatrical productions and after some years, she was offered to play major roles in musicals and plays like ‘Charlie Brown’, ‘Alice’, ‘You’re a Good Man’, etc. She made her film debut in the movie ‘Hold for Hands’ in 2011. After that, she made her appearance in the world of television and portrayed the minor/guest roles in series like ‘Up All Night’ and ‘Marvin Marvin’.

Sarah was offered to portray the role of Delia Delfino in the Disney teen sitcom ‘I Didn’t Do It’ in 2013. She had a dream to play the character and gave her best. Her performance was appreciated by the viewers and earned a lot of praise for her role. After the role, she is well known young star in Hollywood. The show ended on October 16, 2015. Also, she made her appearance in a few short movies.

She has been portraying the role of Cammy, Eve’s best friend, in the sitcom ‘Last Man Standing’ since 2012.

She has an estimated net worth of around $1 million as of 2022, which she earned from her acting career. Also, she earns a salary in the range of $13k to $16k per episode.

There is a rumor that she is dating fellow Disney star, Bradley Steven Perry, but neither of them has opened their mouth regarding their relationship.