Sarah Grey is living her single life. She is looking forward to her career. She might be in search of the perfect one.

Also, she has not been linked to any person with whom she was in an affair. 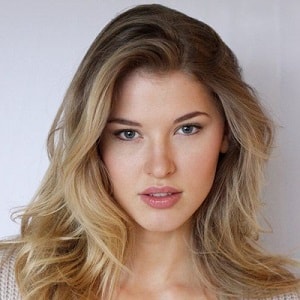 Who is Sarah Grey?

Sarah Grey is a Canadian actress and she is famous for her role as Amanda in the movie ‘Power Ranger’ and as Alyssa Drake on the Netflix ‘The Order’ in 2019.

She was born on May 19, 1996, in British Columbia, Canada. Sarah is currently 26 years old. She has got an older sister. But, she has not disclosed information regarding her parents and childhood.

Sarah holds Canadian citizenship but her ethnicity is unknown.

She attended Sacramento City College and graduated from there.

She debuted her career playing Jennifer Beals’ daughter Julia in the film ‘Cinemanovels’ in 2013. Later she played as Young Charlotte in the movie ‘Embrace of the Vampire’ in 2013.

Her recent film roles include Amanda Clark in the movie ‘Power Rangers’ in 2017 and her recent television roles include Sleeping Princess in ‘Once Upon a Time’ in 2018 and Alyssa Drake in ‘The Order’ in 2019.

She has not been so successful in her career to collect awards and nominations in her name. As she is in the starting phase, we can hope she will win in the future.

She has an estimated net worth of around $3 million as of 2022, and she has earned that sum of money from her professional career.

She has maintained her celebrity status and has not been involved in any types of rumors and controversies in her career.