Popularly known for her work in Shades of Blue and Disney Channel’s Descendants franchise. 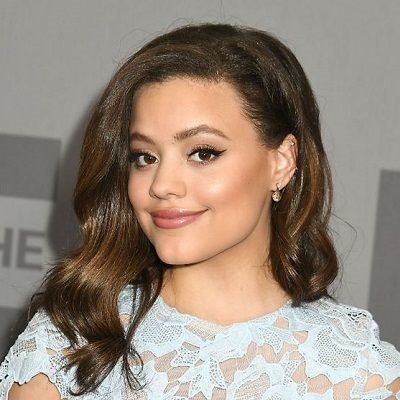 Jeffery is in a relationship with her co-star, Nick Hargrove. She keeps posting pictures with her boyfriend, Nick frequently on Twitter and Instagram.

Who is Sarah Jeffery?

Sarah Marie Jeffery is a Canadian actress, singer, and dancer. She is popularly known for her work in Shades of Blue and Disney Channel’s Descendants franchise.

Since 2018 she has portrayed the lead role of Maggie Vera on the CW series ‘Charmed’.

Sarah Jeffery was born on April 3, 1996, in Vancouver, Canada. Her star sign is Aries.

Her father is African-American and Her mother is English and Indigenous Canadian.

Jeffery has been dancing, singing and acting in musicals and theatrical production from three years old.

This Canadian actress has not disclosed much about her family.

Her sister’s name is Hannah Jeffery.

She has not shared her education details. Though she is a successful actress now, she wanted to become a Dentist earlier.

Her first major acting role was in Cartoon’s Network Television film ‘ Aliens In The House ‘. After that, she played a role in DirecTV’s original series ‘Rouge’.

And then she joined the Fox’s Sci-Fi Drama series Wayward Pines playing the recurring role of Amy.

In 2015, she played the role of Princess Audrey in the Disney Channel original movie ‘ Descendants’. She followed this role in Animated spinoff to the film ‘ Descendants: Wicked World ‘.

In 2016, she played the lead role in the American police procedural crime series ‘Shades of Blue’.

The same year she starred in the comedy film ‘Be Somebody’.

In 2018, she was cast in the lead role in the CW fantasy drama series ‘Charmed’.

She reprises her role as Audrey in the third franchise of ‘Descendants 3’ in 2019.

Sarah Jeffery: Salary and Net Worth

Sarah Jeffery was rumored to hook up with Justin Bieber in 2016.

She defends CW Reboot of ‘Charmed’ she stars in after it feels under fire amid calls of ageism which was controversial.

She has Dark Brown eyes and her hair is Brown.