Sarah Jessica Parker is an Emmy award-winning American actress. Her movies include Sex and the City, Failure to Launch. Sarah is married to Matthew Broderick and has three children.

Sarah Jessica Parker is a married woman on May 19, 1997. The couple’s wedding ceremony was held in a civil ceremony in Manhattan. In 1992 she started dating actor Matthew Broderick.

Previously, she dated Canadian actor, Michael J. Fox for a couple of months. But the relationship didn’t last long so they separate.

Similarly, she dated American singer and pianist Joshua Kadison in 1991, but they broke up.

Then, she dated an American businessman, John Kennedy Jr., son of John Kennedy but the relationship didn’t last long so they got separated.

Moreover, she dated actor Nicolas Cage and they were featured in a film, Honeymoon in Vegas together and were an on-screen and off-screen couple during that time. 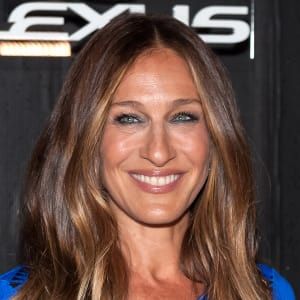 The hardest part of leaving the show [Sex and the City (1998)] was this endless gypsy-like life that I'm back into, where it's like being the new kid in school all the time, which for some people is very easy but for me is not. I don't really like change, and I would like everything to be the same constantly, except that I love being terrified.: Fashion is a part of my work. I feel a responsibility to be presentable, to dress up if the occasion calls for it. But, really, fashion does not play that big a role in my life these days.

Who is Sarah Jessica Parker?

Sarah Jessica Parker is an American actress, producer, and designer.

She is the daughter of Stephen Parker (father) and Barbra Forste (mother). Her father worked as a journalist and her mother was a nursery school operator. Whereas, her parents divorced when she was very young and she was raised by her mother and stepfather.

On talking about her profession, she appeared in multiple Broadway productions, she also made her television debut. Whereas, her first important role on TV was in the series ‘Square Pegs’. Likewise, the show, which starred her in the lead role, aired for 20 episodes from September 1982 to March 1983.

In addition, her most recent works on the big screen include her roles in ‘All Roads Lead to Rome’ (2016) and ‘Best Day of My Life’ (2017). Besides that, she has also been playing the lead role in the TV series ‘Divorce’ since 2016. Moreover, she is also a producer and has been a part of many television shows in this capacity.

There is no information regarding her income, salary. Whereas, her net worth was around $100 million.

There was a rumor that since the early days of Sex and the City there have been infighting between Sarah Jessica Parker (who played Carrie Bradshaw) and Kim Cattrall (who played Samantha Jones). Currently, she is far from rumors and controversies.

On talking about her body measurements, Sarah has a height of 5 feet 3 inches. Additionally, she weighs is 56Kg. In addition, she has a measurement of 37-24-34 inches. Sarah’s hair color is blonde and her eye color is blue.

Also, read the affair, salary, the net worth, controversy, and the bio of  Drena De Niro, Evan handler, Jill Nicolini