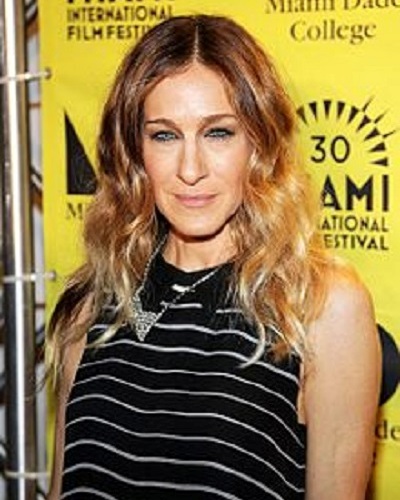 It was 22 years back on 19 May when the couple walked down the aisle together. Yes, the gorgeous Sarah Jessica Parker and her dashing husband Matthew Broderick celebrated their 22 years of togetherness this year.

“And a billion memories.

There were some rumors lately that the couple had a public spate. The rumors stated that they had a public screaming match. A US publication had asked for her comments on this matter. Sarah had shared this post and added:

“Over a decade of the same untrue, disgraceful nonsense,”

She went on to explain that she and actor Matthew had a blissful four days together in London. She denied any public screaming either in a restaurant or on the street as alleged by the rumor spreaders. Sarah also stated that there was no confrontation whatsoever during their stay in London.

“My children and I are enormously proud of the work he is doing,”

“Why not celebrate a marriage of 22 years and relationship of 27 years?”

“We are nearing 3 decades of love, commitment, respect, family and home.”

“There’s your ‘scoop’ From a ‘reliable source’,”

About the relationship of Sarah Jessica Parker and Matthew Broderick

The couple met in 1992 through Sarah’s brother and began dating. After five years, they married on 19 May 1997 in a synagogue in lower East Side of Manhattan. Matthew’s sister Janet Broderick officiated the civil ceremony.

The couple’s first child son James was born on 28 October 2002. Their twin daughters Marion and Tabitha were born on 22 June 2009 by means of surrogacy.

They now reside in Greenwich Village. But a large part of their time they also are in a holiday home near Cill Charthaigh, a village in County Donegal, Ireland. Matthew had spent his childhood summers here. They also own a house in The Hamptons.

Click to read more about Is Sarah Jessica Parker obsessed with her looks? Is she considering Botox treatment?-Know the truth here!

American Actress Sarah had earlier dated actor Robert Downey Jr. from 1984 to 1991. The couple met while filming for Firstborn. But Robert was into drugs. Later after their split,  Sarah had disclosed:

“I believed I was the person holding him together.”

She had a brief courtship with John F. Kennedy Jr.

Former Corrie star Bruno Langley is dating a married University student and has found a job of a photographer to earn his living!
Tags : Actor Actress Singer