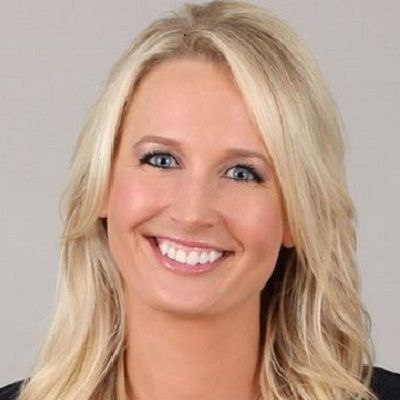 The rush you get from playing in a game, that feeling of competition, of being on a team, a lot of that translated over to calling games.

Sarah Kustok likes to spend most of the time in her work.

Apart from her work, she likes to holiday with her niece and nephew.

American Sarah Kustok is a Sports reporter. She is renown as the first solo female NBA analyst.

She is associated with sports channels like  YES Network and Fox Sports.

Sarah Kustok was born on the 17th of December 1981 in Illinois, the US to Allan Kustok and Anita Kustok. Her birth name is Sarah Grace Kustok. She is of Irish-British ethnicity.

She grew up with her elder brother, Zak Kustok in Orland. Zak is a businessman and also a former player of the  Northwestern Wildcats football team.

In December 2014, her father, Allan Kustok was sentenced to 60 years of prison in the charge of his wife’s murder. On 29th September 2010, her mother was found dead in their Orland Park home.

According to Allan Kustok, he found her dead beside the bed, bleeding from gunshot with the .357 Magnum pistol. The pistol was an anniversary gift from him to her.

However, prosecutors argued that he murdered his wife due to his multiple affairs. Several women were presented in the court as witnesses yo testify that he was not happy with the marriage and seeking the divorce.

Sarah Kustok testifies that her father could not kill her mother in the hearing. She told that her parents loved each other and her father used to help her in the household.

However, her brother, Zak did not attend the hearing. Zak’s wife in an interview told that he wasn’t supporting his father and declined the question, “If her husband Zak feels that his father is guilty?”

Kustok completed her high school from her homeland. During school days, she used to play basketball in the school’s boy’s basketball team from

Later, she joined  DePaul University, Chicago, Illinois with a basketball scholarship. She enrolled in Corporate Multicultural Communication Master’s program. During days, she was known for her feathery jump shot and earned the nickname Barbie.

Kustok started her career in ESPN doing clerical jobs like making coffee, buying food for the crew, driving crew and so on. Later, she used to haunt talents by covering the football and basketball matches for the channel.

She also served as the assistant coach for the DePaul women’s basketball team. Soon after that, she was associated with CSN Chicago and New York’s YES Network.

She worked as the sideline reporter for the Professional American Basketball teams which include Chicago Bulls, Blackhawks, Cubs, and White Sox. As a host/anchor, she has been a part of the channel like WFLD-TV, Versus, and FS1.

In 2017, she was promoted to a TV analyst. Before that, she was a sideline reporter with the Brooklyn Nets.

She is a blue-eyed blonde. Her height is 5 feet and 9 inches.

She is active on social media and often updates her timeline with her followers. She has 30.1k followers on Twitter, 21.8k on Instagram.