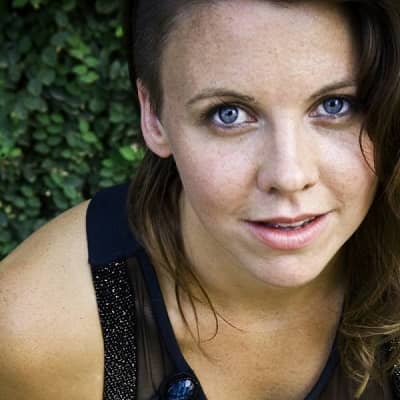 What is the relationship of Sarah Neufeld?

Sarah Neufeld is married to Colin Stetson, a Canadian-American saxophonist, multireedist, and composer. Not much information regarding her marital life has been disclosed.

Who is Sarah Neufeld?

Sarah Neufeld is a well-known Canadian violinist who spent years as a core member and current touring member of the indie rock band Arcade Fire.

Sarah was born on August 27, 1979, in Vancouver, British Columbia, Canada. As of 2022, her age is 43 years old. In terms of her nationality, she identifies as a Canadian.

As he prefers her personal life to be private, he hasn’t shared any information regarding his family member or siblings.

Regarding her education, he has kept everything secret, thus it is unknown to the media at which university had she enrolled to pursue her academic qualification.

At the age of three, she began violin lessons using the Suzuki method. She quit playing violin in her teenage and took up guitar in order to learn all the Hendrix solos.

During her time in college, she realized how well she played it and picked up the violin again. Later, she received a request to perform with the band Arcade Fire as a result of her work with the Bell Orchestre.

Sarah is a Canadian violinist who is well known for her work with the Indie rock band Arcade Fire. Also, she is a member of the instrumental band Bell Orchestre. Hero Brother (2013), The Ridge (2016), and Detritus (2021) are the three solo studio albums that she has released.

In 2015, she and her husband Colin Stetson also collaborated on the album Never Were the Way She was.

Along with former Arcade fire member Pietro Amato and multi-instrumentalist Richard Reed Parry, Sarah is a member of the post-rock group Bell Orchestre. Later, Neufeld joined The Luyas in 2009.

On the team’s second and third studio albums, Neon Bible (2007), and The Suburbs (2010), Sarah played a significant role. Also, she participated as a guest musician on Funeral (2004), Evrythhing Now (2017), and the bands following tours.

The exact earnings, income, and salary of Sarah is not disclosed yet.

However, as per the sources, his net worth ranges between $1 million -$5 million, whereas his exact salary is still under review.

Throughout his long professional career, Sarah has never been a part of any controversial news.

She has maintained a clean image and appears to be avoiding unwanted scandals and rumors as of now.

The information about her body measurements including her height and weight are not disclosed.

Sarah has a beautiful look with a pair of blue eyes and blonde-colored hair.

She has over 8.2k followers on Instagram under the username @sarahkneufeld and has over 9.5k followers on Twitter. Also, on Facebook, she has garnered more than 6.9k followers.

You may want to know the net worth, salary, and education of Markiplier, Taras Kulakov, and Elton John.