Sarah Richardson is a designer, reality star. Sarah is wed to her husband and has two kids. 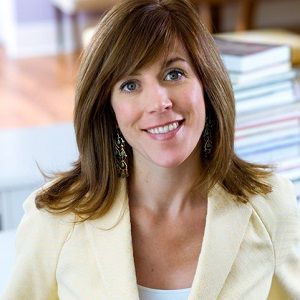 What is the relationship of Sarah Richardson?

The 50-year-old Canadian designer, Sarah is a married woman. She tied the knot with Alexander Younger in 2005. Together, the couple also welcomed two daughters Fiona Younger and Robin Younger.

Since their marriage, the couple has maintained a perfect relationship with them. Besides him, she has never seen anyone in the public and media.

Furthermore, she has never been in affairs and disputes. Currently, Sarah and Alexander are enjoying their married life and living elegantly.

Who is Sarah Richardson?

Sarah Richardson is a Canadian designer and television personality. So far, she has been hosting some popular shows in Toronto design series such as Room Service, Design Inc., Sarah’s House, Sarah’s Cottage, and a few more.

Furthermore, she became popular for turning ordinary spaces into magazine-worthy rooms. Additionally, she has also won Gemini Award for Most Popular Website in 2004.

Sarah was born on October 22, 1971, in Toronto, Canada. As of 2022, she is 50 years old. She is the daughter of Douglas Richardson and Susan Cuddy. Talking about her nationality, she is Canadian and her ethnicity is Caucasian.

Concerning her education, Sarah joined high school in Toronto at Havergal College. Later, she completed her graduation with B.A. in Visual Arts from the University of Western Ontario.

Sarah began her career as a prop stylist in 1994. Later, she began to host TV shows and design. She came into the spotlight as a TV personality for turning ordinary spaces into magazine-worthy rooms.

So far, she has been hosting some popular shows in Toronto design series such as Room Service, Design Inc., Sarah’s House, Sarah’s Cottage, and a few more. Currently, she is also the Home Design Director of Good Housekeeping magazine.

Sarah has won a couple of awards in her career which including Gemini Award for Most Popular Website in 2004. In addition, she has also received Gemini Award for Best Host in a Lifestyle/Practical Information or Performing Arts Program or Series.

As of now, she earns a decent amount of money from her career. As of 2022, she has an estimated net worth of $8 million.

So far, there are not any drastic rumors regarding her personal and professional life. Furthermore, she has never been involved in any controversy to date. It seems she has total focus on her work rather than being stuck in any controversy.