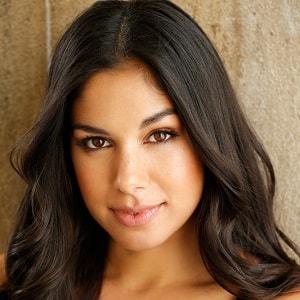 Sarah Roberts is in a romantic relationship with her ‘Home and Away’ co-star, James Stewart since August 2017. The duo often shares their pictures on their Instagram. They are now officially a real-life partner as they announced their engagement on their Instagram accounts.

According to some source, James came forward with a marriage proposal on her 34th birthday. But, it is yet to be confirmed. During their engagement, she revealed that she would like to get married in the spring as it would be their new beginnings, new life, and a new chapter.

Who is Sarah Roberts?

Sarah Roberts is an Australian actress who is famous for her role as Willow Harris on the series ‘Home and Away’. The beautiful actress is also recognized for her appearance in the web series called ‘Brennan on the Run’ as Sienna Matthews.

She was born on December 4, 1985, in Melbourne, Australia. Sarah is currently 34 years old. She has not disclosed information regarding her parents. She has got an older brother named Karl De Abrew.

During her early age, she was often bullied for her dark complexion. She was called as ‘poo-face’, ‘abbo’, and ‘curry-muncher’ in her younger days.

Sarah moved to Tokyo at the age of 18. Sarah holds Australian citizenship and belongs to Sri Lankan-Australian ethnicity.

She is a high school graduate student. She has not provided further information regarding her education history.

Sarah started her career as an English teacher in China and later, she moved to Tokyo. She got the role of Princess Jasmine in ‘Aladdin’ show at the Tokyo Disneyland production. After 3 years of working, she returned to Australia and took training at the 16th Street Actors Studio in Melbourne.

She attended the audition on the SBS reality television series ‘Bollywood Star’ in which the winner would get the chance to appear in a Bollywood film directed by Mahesh Bhatt. But, she finished at the top four. Then, she auditioned for the crime thriller ‘Felony by Matthew Saville but failed to receive the role. But, after two weeks, she was informed that she was offered to play the role of Ankhila, the mother of a young boy who is killed in a hit and run.

Later, she was cast in the play ‘All That I Will Ever Be’ by director Robert Chuter and producer Alan Ball in 2012 in which she portrayed two female roles as Cynthia and Beth. Then, she played as guest stints in different Australian shows and films like ‘Angry Boys’, ‘Wolf Creek 2’, and ‘It’s a Date’.

Then, she made her appearance as Sienna Matthews in the Neighbours web series ‘Brennan on the Run’ in 2014 but her role was not liked by the viewers. After that, she appeared in the romantic comedy ‘UnIndian’ alongside Tannishtha Chatterjee and former cricketer Brett Lee in late 2014. Her recent role includes Willow Harris in ‘Home and Away’ in 2017.

She has also been featured in magazines like New Idea, WHO, and many others. Also, she is an active member of organizations like Bear Cottage and Telethon7 Perth.

The talented actress has not been so successful in collecting awards and nominations in her name till date.

She has an estimated net worth of around $500,000 and she has earned that sum of money from her acting career. However, her salary and income are under review.

Talking about rumors and controversies, the actress has maintained her celebrity lifestyle and has not been involved in any rumors on her career.